Link Between Vitamin D And Cardiovascular Risk: Here Are A Few Dietary Changes That Can Help

There is a direct link between Vitamin D and cardiovascular diseases risk. Here are a few dietary changes that can help.

CVDs (cardiovascular diseases) are a set of heart and blood vessel problems. Heart attacks and cardiac arrest are the most prevalent forms of CVDs, and they are typically acute occurrences caused by a blockage that stops blood from flowing to the heart. A build-up of fatty deposits on the inner walls of the blood arteries that supply the heart is the most prevalent cause. Many people have been diagnosed with vitamin D insufficiency as a result of their lack of exposure to sunshine owing to working from home. Onlymyhealth editorial team spoke to Dr. Talha Meeran, Consultant Cardiologist, Advanced Cardiac Sciences & Heart Transplant, Sir H.N. Reliance Foundation Hospital, to know about the link between heart disease ans vitamin D levels, and dietary changes that can help.

Hypertension, hyperlipidemia (high cholesterol), diabetes, peripheral vascular disease (stretching/blockages in the blood arteries of the legs), coronary artery disease, heart attacks, and heart failure have all been related to vitamin D insufficiency. Individuals with normal vitamin D levels had nearly half the risk of heart attacks compared to those with low vitamin D levels, according to a big medical trial. Read the article further to know more about this. Observational studies have revealed that blood 25-hydroxyvitamin D levels and the risk of cardiovascular disease (CVD) events are inversely related. In case-control and other prospective epidemiologic investigations, low vitamin D levels have been related to an increased risk of myocardial infarction (MI), stroke, CVD mortality, and heart failure. Vitamin D receptors are also found in vascular tissues such as the heart and vascular smooth muscle, where they have a direct impact on calcium influx and muscular relaxation. Vitamin D influences the health of the inner lining of the blood vessels and exerts direct and indirect effects on several enzymes and hormones in the body such as angiotensin, renin and parathyroid hormone.

Also read: 9 Signs That Your Body Is Begging For Vitamin D

An average adult's vitamin D need is estimated to be between 600 and 800 international units per day. Increased consumption of milk and dairy products, as well as frequent sunshine exposure, can aid in the body's natural synthesis and absorption of Vitamin D. Vitamin D is abundant in fatty fish and seafood, which are among the best natural dietary sources. The amount of vitamin D found in seafood varies based on the type and species. Egg yolks are another vitamin D-rich food that you can simply incorporate into your diet. Egg yolks, like many other natural dietary sources, contain varying amounts of vitamin D.

Dietary changes to reduce the risk of cardiovascular disease 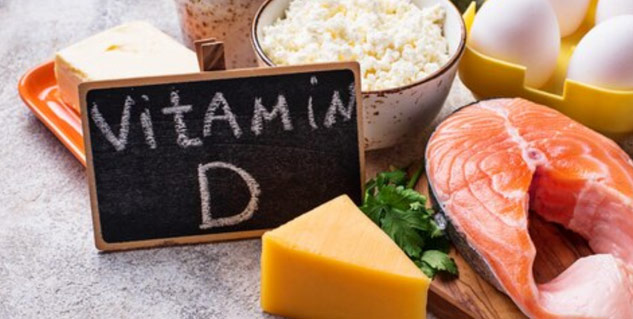 Because few foods naturally contain significant amounts of vitamin D, fortification is frequently used to add this essential to everyday items. However, keep in mind that the availability of vitamin-D-fortified foods differs by region, and the quantity of vitamin D added to meals varies by brand and kind. Some commonly fortified goods include:

Taking a vitamin D supplement may be the best approach to assure optimal consumption for many people. D2 (ergocalciferol) and D3 (cholecalciferol) are the two primary biological forms of vitamin D. D2 is often derived from plants, whereas D3 is derived from animals. According to research, D3 is more effective than D2 in raising and maintaining total vitamin D levels, so look for a pill that contains this type.

The vast majority of vitamin D pills come from animal sources, making them unsuitable for vegans. There are, however, a few vegan Vitamin D supplement choices. D2 supplements are often vegan-friendly and commonly accessible because vitamin D2 is generated from plants. Vegan D3 is less prevalent than vegan D2, however it may be generated from lichens. They're most often found at specialist health stores or on the internet.