At a discussion in the backdrop of a ‘single theme conference’ on HCV infection at Hotel Pullman, Dr. Shantanu Dubey, Assistant Head Operations (Medical), Institute of Liver & Biliary Sciences revealed that HCV kills more people in

Dr. Shantanu Dubey, Assistant Head Operations (Medical), Institute of Liver & Biliary Sciences broke through a major new analysis of the current state of viral hepatitis in India. At a discussion in the backdrop of a ‘single theme conference’ on HCV infection and other diseases at Hotel Pullman earlier today, he revealed that viral hepatitis takes more lives in the country compared with HIV/AIDS and suggested that the need of the hour is to buck up on awareness drives on the disease, which does not get diagnosed until much later and thus, becomes difficult to cure/treat. 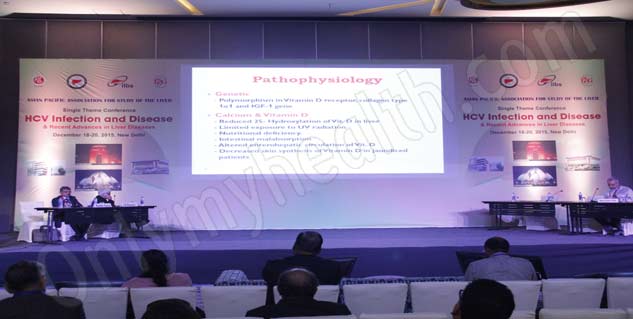 “The liver has 70 percent reserve, which allows it to reverse damage that may be caused as a result of temporary events. But, when it is been repeatedly exposed to such damages for a period of time, it fails to function as it should unless it is assisted with treatment”, he further added.

Prevention is thus, better than cure. It is imperative to:-

•    go for liver function test to diagnose the condition before it is too late
•    invest in a diet that is healthy and more importantly, clean
•    use sterilized needles
•    avoid blood  contact with an infected person and
•    get vaccinated.

The two most common types of the hepatitis infection in India are hepatitis B and hepatitis C.  “90 percent of the viral hepatitis cases that we receive at our hospital are related to alcohol consumption. It is rather difficult for Indians to digest alcohol”, Dr Dubey said.  Other factors that may be attributed to an increase in viral hepatitis in the country include a poor lifestyle, being overweight or obese, consuming unsafe or contaminated food, improper use of needles and lack of contraception.

New Delhi will be host to a grand meet of doctors from all over India and abroad at Hotel Pullman from the 18th until the 20th of December to put light on HCV infection and diseases with a special focus on the recent advances in liver disease treatment.