Do Mobile Phones Cause Ear Cancer? An Expert Tells Us

While we know a lot about other types of cancer, many have probably never heard of ear cancer. Read ahead to know more.

Cell phones are an indispensable part of our daily lives. We end up spending hours on our phones without realizing the harm it does to us. The human body absorbs energy from devices leading to various health hazards, which may also include brain and skin cancer.

While we know a lot about other types of cancer, many have probably never heard of ear cancer. In an exclusive interaction with Only My Health, Prof Dr Raj Nagarkar, MD & Chief of Surgical Oncology and Robotic Services, HCG Manavata Cancer Centers, Nasik tells us if ear cancer can be caused by mobile phones.

Ear cancer can affect both the inside and outside of the ear. It typically begins as skin cancer in the external ear or in the ear canal, but it can also develop in the eardrum, temporal bone, ossicles, mastoid, facial nerve, and inner ear organs of hearing and balance. Dr. Nagakar further encompasses several types of ear cancers, including: Ear cancer symptoms vary depending on which part of the ear is affected. It is crucial to understand some of the symptoms of ear cancer in various parts of the ear.

The earlobe also called the pinna, and the outer entrance to the ear canal are all part of the outer ear. Signs on the outer ear include scaly skin in spite of moisturizing, White lumps under the skin and bleeding skin ulcers.

The Ear Canal is a tube that runs from the outer ear to the eardrum. Some of the signs in the ear canal includes lump in or near the entrance of the ear canal, ear discharge and hearing loss.

There are certain factors which may increase the chances of developing ear cancer. Spending hours in the sun without applying sunscreen puts one at a high risk of developing skin cancer and can lead to ear cancer. Inflammatory responses associated with ear infections may influence cellular changes that may also lead to cancer. 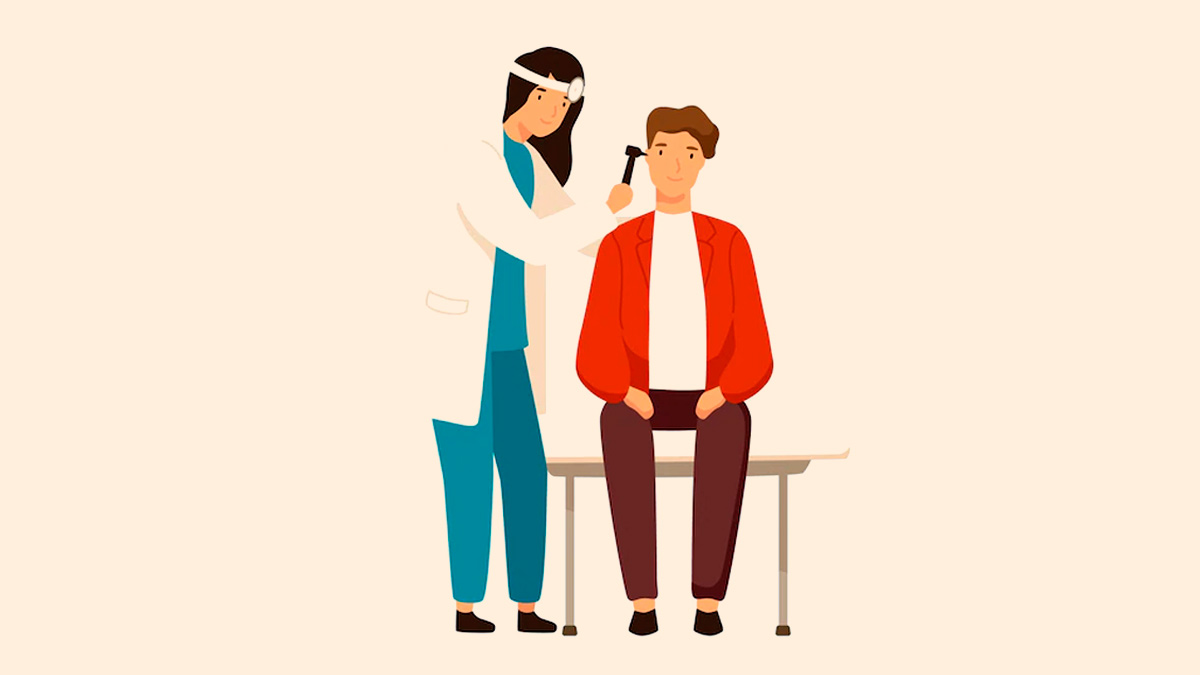 Connection Between Mobile Phones And Cancer

Mobile phones emit radiation in the form of radiofrequency radiation or radio waves and they are widely used. Given how many people use cell phones, even a minor increase in cancer risk is cause for concern. Ionizing radiation, a higher energy form of radiation that cell phones emit, has been found to cause some brain and central nervous system cancers. Many different types of studies have been conducted to determine whether cell phone use is harmful to human health. Radiation that the cell phone emits also causes various kinds of skin cancers.

Tips For Safer Use Of Mobile Devices

Ear cancer is frequently misdiagnosed as an ear infection. If ear infection has been diagnosed but the patient has persistent ear discharge or suspect malignancy, it is advisable to get a second opinion.

Tissue on the outside or in the middle ear where any suspicious growth is observed is sent to a lab to check for cancer cells. This is referred to as a biopsy. Depending on the location of the affected area, a biopsy may be performed under local or general anesthesia so that no pain is felt during the procedure.

Inner ear cancerous growths can be more difficult to reach. This makes it more difficult to perform a biopsy without damaging surrounding tissue. To determine whether cancer is present, imaging tests such as an MRI or CT scan are of great help.

Cancers of the ear canal or temporal bone necessitate surgery followed by radiation therapy. The extent of the tumor determines how much of the ear is removed. The ear canal, bone, and eardrum must be removed in some cases. The doctor may be able to reconstruct the ear depending on how much is removed. Hearing is not significantly affected in most cases. In case hearing is affected, one may require the use of a hearing aid.

Practicing sun safety, such as using sunscreen, staying in the shade, and avoiding tanning beds along with spending minimal hours on the phone can reduce risk of skin cancer, which can progress to ear cancer. In case of any symptoms, seeking medical consultation is always a good choice.

Lethal And Non-Lethal Cancers: Read To Know Difference Between Them