Turmeric is not just a culinary marvel with miraculous anti-septic properties, it has been found to contain a compound that helps your brain to self-heal. This has been discovered by a new study.

Turmeric is a common kitchen spice especially used extensively in Asian cooking. A new report has found that it could be more than just a curry spice, it may boost your brain’s ability to heal itself. 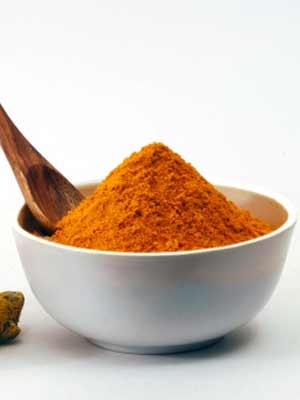 This shouldn’t come as a big surprise because the world swears by turmeric’s antiseptic properties against germs and viruses and now the said German study has detected that it could encourage the growth of nerve cells which are believed to be a part of brain’s repair kit.

In the wake of this finding, a new path to derive future drugs for Alzheimer’s and strokes could be hoped for. Though, the experiments were performed on rats only and not yet on humans.

Researchers from the Institute of Neuroscience and Medicine in Julich, Germany, studied the effects of aromatic-turmerone - a compound found naturally in turmeric.
When experts injected this compound into rats, and scanned their brains, particular parts of the brain, known to be involved in nerve cell growth, were seen to be more active after the aromatic-turmerone infusion.

In a separate part of the trial, researchers bathed rodent neural stem cells (NSCs) in different concentrations of aromatic-tumerone extract.
NSCs have the ability to transform into any type of brain cell and scientists suggest they could have a role in repair after damage or disease.

Dr Laura Phipps at the charity, Alzheimer's Research UK, said: "It is not clear whether the results of this research would translate to people, or whether the ability to generate new brain cells in this way would benefit people with Alzheimer's disease.

"We'd need to see further studies to fully understand this compound's effects in the context of a complex disease like Alzheimer's, and until then people shouldn't take this as a sign to stock up on supplies of turmeric for the spice rack."