Trust Your Gut Feeling, It Impacts Your Reaction to Fear

Researchers have been able to prove for the first time that our 'gut instinct' has a significant impact on how we react to fear.

A gut feeling is a personal, intuitive feeling or response. It is the same feeling that your stomach is tying itself in knots and heart beating faster when faced with a long deserted road while driving or sound of footsteps as you walk alone in the dark. The fear often lurks in the gut. We often say or hear people say things like “I have a gut feeling that something bad is going to happen,” “My gut reaction is that we should hire Rishi for the job.” But is how true and reliable is this gut feeling? 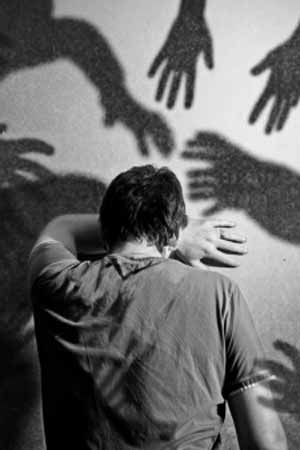 Real or not, the phenomenon sure does shape our fears. Researchers have substantiated that our gut feeling has a huge role to play in our reaction towards fear. It’s not just the brain that controls our abdominal cavity processes; the stomach also signals back to the brain. This is why we feel those stomach-churning sensations of being in a scary situation, waking up in the middle of the night and realizing we are not alone.

Researchers tested rats and found that gut feeling is more than just a by-product of fear; signals sent from the gut to the brain actually drive key elements of the fear response.
When the link was severed, animals became less wary of open spaces and bright lights.

"The innate response to fear appears to be influenced significantly by signals sent from the stomach to the brain," said Dr Urs Meyer, from Swiss science institute ETH Zurich. Innate and conditioned fears involve different signalling systems in the brain. Closer investigation showed that the loss of signals from the abdomen altered the production of certain neurotransmitter messaging chemicals in the brain.

"We were able to show for the first time that the selective interruption of the signal path from the stomach to the brain changed complex behavioural patterns," Dr Meyer said. Scientists believe that the work might have important implications for treating people with Post Traumatic Stress Disorder.

These findings are also of interest to the field of psychiatry, as post-traumatic stress disorder (PTSD), for example, is linked to the association of neutral stimuli with fear triggered by extreme experiences, researchers said. Stimulation of the vagus nerve could help people with PTSD to once more associate the triggering stimuli with neutral experiences. Vagus nerve stimulation is already used today to treat epilepsy and, in some cases, depression.