After Punjab put a ban on the sale of e-cigarettes, the government now considers mulling a total ban on its manufacture and sale across the nation. The safety of e-cigarettes has been put under a scanner by a panel formed by health ministry. 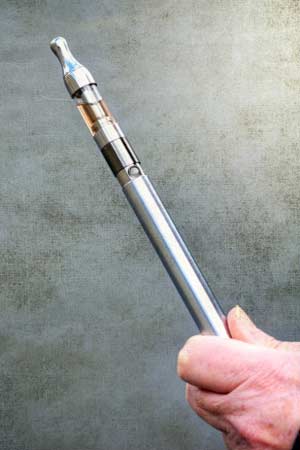 In a recent development, a total ban on the sale of electronic cigarettes is being considered by the government over its safety issues. An e-cigarette is a vapour device that supplies nicotine sans the smoke.

An expert panel was formed by the health ministry on e-cigarettes which suggested the ban raising concerns over its unproven safety. Three members of the panel told a leading daily that the use of e-cigarettes could lead to addiction, especially in youth.

There are no laws that can directly deal with the use and sale of e-cigarettes which are outside the domain of the Cigarettes & Other Tobacco Products Act (COTPA), 2003, which monitors the sale, ads and usage of tobacco products.

"We are seized of the matter and are deliberating the recommendations of the expert panel," a health ministry official said. "But the discussion is in too preliminary a stage for us to indicate a definite course of action."

E-cigarette manufacturers advertise the absence of carcinogens and flavour options in e-cigarettes. There are several people who use e-cigarettes to quit smoking however, there isn’t enough data to support this result.

The health activists in India have been demanding a strict ban on the manufacturing and sale of e-cigarettes but, the government has not formulated a policy for it. Punjab has already put a ban on e-cigarettes last year and Maharashtra is soon planning to join the league.

The director of Public Health Foundation of India Monika Arora said "India should ban e-cigarettes before the problem assumes the shape and size that it has in countries such as the US and UK".