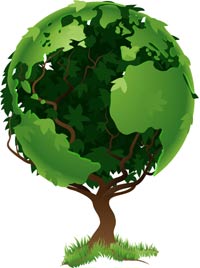 There are two parts to the 2012 World Environment Theme the first of which promises to tackle the notion of green economy. According to the UN, people tend to shut eyes at the subject of Green Economy for they tend to believe it to be highly complex to understand. The UN has therefore, made making people aware about Green Economy a preamble to enhancing environment-friendly living.

The UN believes that a Green Economy is something that is applicable to everyone and therefore, is important for everyone to be a part of it in some way or another. According to the UN Environment Programme, green economy is one that results in an improved well-being of all humans as well as social equity while simultaneously reducing the risks of scarcity in the environment and ecology. To put the concept in a nutshell, green economy is one that is resource efficient, low carbon and socially inclusive.

The growth and employment of a Green Economy is driven by investments in public and private sector that endorse reduction of carbon emissions as well as pollution, improvement of resource and energy efficiency and prevention of the loss of ecosystem services and biodiversity. The investments, the UN have identified, should be catalysed and supported by targeted policy reforms, public expenditure and regulation charges.

What this Means for a Layman

Well, if the first part of the theme is about understanding Green Economy, which is about inclusiveness and social equity, it is technically, about every individual living on earth. Precisely, the second part of the theme is putting every individual in the world in charge of finding out about Green Economy and whether he/she has in his/her country, been included in the effort to make the world a better place to live in.

Each country will prepare its own green economy design depending on its national reality, availability of resources and the challenges in development that it faces. To put in a nutshell, the effort to evolve a Green Economy is only to ensure that people participate in bringing about a safer and greener planet by providing inputs they are equipped to and not enforced to.