According to a new study, resistance to aspirin can play a major role a major role in determining the severity of a stroke.

People tend to take aspirin for many reasons such as for treating coughs, colds, aches and pains. While a number of people also take it as a prophylaxis against heart attack and stroke because this medicine help in preventing in blood clothing. However, the many applications of this drug have led to widespread overuse. According to a new study, resistance to aspirin can play a major role a major role in determining the severity of a stroke. 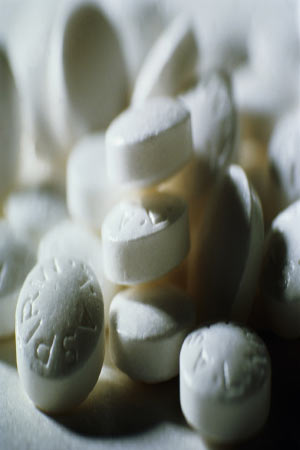 The study was conducted by the department of neurology at the Hallym University College of Medicine in Seoul, South Korea. Mi sun Oh, MD, the lead analyst of the study said aspirin resistance is an important predictor of severe stroke and large stroke size in patients taking aspirin before having a stroke.

The study was conducted on over 300 patients who had been taking aspirin regularly before they suffered an ischemic stroke. Before they were admitted to the hospital, within 24 hours they were tested for aspirin resistance, a test that is not typically performed.

As per the results around 28 percent had some level of resistance to aspirin. However, these patients had a stroke severity score ranging from three to eleven.  On the other hand, the stroke severity of patients who responded well to aspirin was between one and six.

The most common form of stroke is an ischemic stroke which is caused due to the blood clotting that breaks lose and travels to the brain. It can eventually clog the arteries causing damage to the brain.
This new study suggests that patients who are resistant to aspirin should take different medication to protect against dangerous clotting.

“In patients at high risk for stroke with aspirin resistance, different anti-clotting drugs – such as clopidogrel (Plavix) – can be considered as alternatives to prevent another stroke or decrease stroke severity,” said Dr. Oh.

While previous research shows that aspirin can lead to smaller and less severe strokes by reducing the amount of platelets that clump together to form a clot.  The new study does not contradict the findings of previous research. Rather, it indicates that over time the effectiveness of aspirin can diminish.