Diagnose Polio by Knowing its Symptoms

Polio is known as a disease that can cause paralysis and death, but most people infected with the virus don't become sick and are never aware that they've been infected with polio.

Polio or poliomyelitis is an infectious disease caused by polio virus. The virus can affect many parts of the body and the illness can even be fatal. 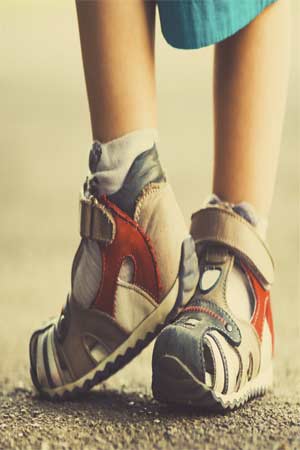 Polio is known as a disease that can cause paralysis and death, but most people infected with the virus don't become sick and are never aware that they've been infected with polio.

Based on the symptoms and severity of symptoms, polio can be categorised into three patterns of infections. These include:

According to research, about 95% of people infected with the polio virus do not develop any symptoms, however, when symptoms do occur, they can be serious.

Subclinical symptoms of polio: Majority of infections with polio virus do not cause any symptoms. Even when symptoms do appear, they are usually mild and subside within 72 hours. Considering that similar symptoms are caused in many other  common diseases, they may not be recognized as symptoms of polio. Symptoms of subclinical infection include:

These flu-like signs and symptoms are observed in many other viral illnesses. The symptoms can last for 1 to 10 days. The symptoms improve and the person has no residual paralysis or effect.

Paralytic polio: Rarely does infection with poliovirus cause paralytic polio. This is the most serious form of the disease. The three types of paralytic polio based on the part of your body that's affected include spinal cord (spinal polio), brainstem (bulbar polio) or both (bulbospinal polio).