Switch off Your Migraine

A device can help you get rid of migraine with a touch of a button, claim British researchers. The device which is hand held works with the click of a button and delivers a brief magnetic pulse to the end of the head. 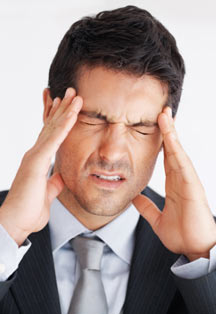 Now scientists have built new equipment that can cut off your migraine with a touch of a button. This new device with a magnetic beam in it claims to be effective in treating migraines without any side effects. Three patients in Britain have already been successfully implanted with this and a lot of excitement is surrounding in what could be a very new type of treatment in the world of medical sciences.

The device which is hand held works with the click of a button and delivers a brief magnetic pulse to the end of the head. The device has been dubbed as a star trek weapon has been said to be alleviating the symptoms for up to two hours. A three month treatment was found to relieve or reduce the excruciating pains in 73 per cent of patients treated in UK clinics, thus further proving the efficiency of this sci-fi device!

Alice may as well make a return journey to the real world, its turning out to be quite a wonderland.

Device to Cure MigraineSwitching off the MigraineMigraine and New Science.