Many people suffer from social anxiety due to sweaty palms. However, there is a cure for this syndrome. A recent case was helped and treated at Aster CMI Hospital, Bengaluru

Sweaty palms, also known as hyperhidrosis, is a medical condition that makes it difficult for people to function properly. Many people suffer from social anxiety because of the fear and the stigma that this condition has around it. To save themselves of the embarrassment that someone will notice the excessive sweating, they turn to solutions such as applying talcum powder or extreme deodorant on the sweaty areas of the body.

Such was the case of Mr Raja (name changed), a 20-year-old student who was facing this issue since he was a little child. The patient was not only a full-time student; he also worked part-time in a printing press where he relied entirely on his hands to complete his tasks. Academically, he faced immense trouble writing his exams due to his sweaty palms. Due to this problem, he was unable to grip the pen properly and left behind smudge marks on the paper. Worried about the far-reaching impact that the condition would have on his life, he visited many health centres to find a permanent solution to his problem but to no avail. He finally found relief when doctors suggested him undergoing a Laparoscopic Thoracic sympathectomy. “I used to find it very difficult to manage the excessive sweating and felt embarrassed when people wanted to shake my hands. Sometimes the sweat would even leave behind marks on the papers that I used to handle during my work hours in the printing press. I was not able to work and thought it would be difficult for me to handle any office jobs in the future. I was scared that my condition would affect my career as well as my personal life and was desperate to find a solution,” said Raja.

When Raja visited the doctor for examination, his palms began to sweat profusely within just a matter of a few seconds. Laparoscopic Thoracic sympathectomy is done using a keyhole method whereby surgeons cut the proximal sympathetic ganglion, which indirectly blocks the signals of excessive sweating. Mr Raja was discharged the next day after surgery, and one week later he has been cured of his condition completely. He is relieved to return to a healthy life minus the sweaty palms!

Also read: Here Are The Possible Reasons Behind Kidney Seizure 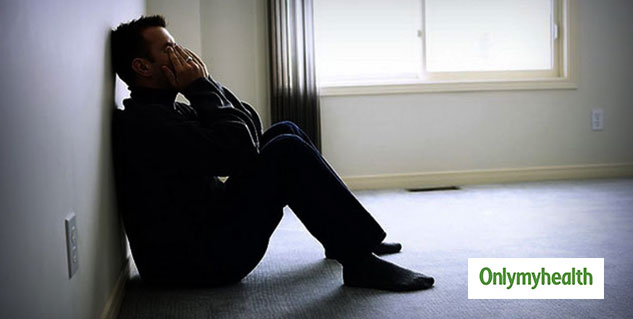 “Hyperhidrosis is a relatively common condition – we see about 4-5 cases in a year. Most people do not seek doctor’s counsel to treat the condition as they assume it is a by-product of other issues such as stress or anxiety. We still do not have the exact numbers of people suffering from Hyperhidrosis in India because people hesitate to report it. Usually, people try to control the sweating themselves by using talcum powder or ‘nerve blocks’, but these are only temporary solutions. In Mr Raja’s case, we suggested that he undergo a bilateral thoracic sympathectomy which went successfully and has stopped the sweating. There needs to be aware of the treatment options available to treat this condition,” said Dr Mahesh Chikkachannappa, Sr. Consultant - General, Laparoscopic & Bariatric Surgery, Aster CMI Hospital who operated on the patient.

While it is reasonable to experience sweating in the palms during stressful situations, the condition becomes a cause for concern when the sweating occurs beyond control. Sometimes excessive sweating could be an indicator of a more serious underlying health condition such as diabetes or thyroid. Doctors recommend seeking medical counsel to treat the problem rather than suffering in silence. A similar procedure can be done for a sweaty foot by doing laparoscopic lumbar sympathectomy.

MORE FOR YOU
Know About The Importance And Functions Of Milk Teeth From A Dentist
5 Tips To Prevent And Tackle Urinary Tract Infection
Flat Feet Exercises: Try These 5 Exercises For Permanent Cure
What Are Eye Floaters? 5 Methods By Expert To Treat This Condition
Get Glowing Skin With These 3 Hand Mudras
5 Tips You Need To Follow While Coloring Hair During Pregnancy