Blue-green algae (BGA) are among the most primitive life forms on earth and have been consumed as food or medicine by humans for centuries.

Blue-green algae (BGA) are among the most primitive life forms on earth and have been consumed as food or medicine by humans for centuries.Certain BGA species, including Aphanizomenon flos-aquae (AFA), Spirulina platensis (SP), Spirulina maxima (SM), Spirulina fusiformis (SF), and Nostoc commune var. sphaeroids Kutzing (NO), have been widely consumed by humans for centuries.these forms of algae are rich in minerals like iodine,chlorine,calcium,chloride,potassium,magnesium,zinc etc. 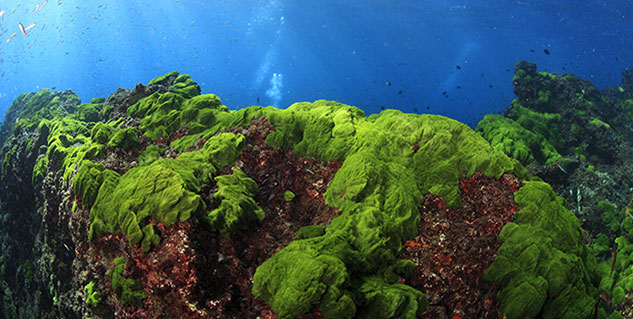 BGA contain various bioactive components, such as phycocyanin, carotenoids, γ-linolenic acid, fibers, and plant sterols, which can promote optimal health in humans. We have summarized some of the health benefits of algae in this article

Algae specially BGA is rich in omega-3 fatty acid and is known to reduce the pain and inflammation to a great extent.  Some of the pain receptors are completely suppressed by few of the algae.

Yes,an amazing property of Algae is metal detoxification. High levels of exposure to  environmental metals considered as heavy metals such as lead, mercury, aluminum and arsenic, can cause acute or chronic toxicity.Few of the algae including chlorella is known to reduce the adverse effect of metal detoxification.

Some studies have found that the regular consumption of algae in moderate amount is linked to regeneration of plueripotent cells.

Use as a Supplement

Algal oil is a health supplement derived from algae that’s often used as a vegan alternative to fish oils. Research suggests that supplementing between one to two grams of algal oil per day can significantly elevate blood levels of DHA and EPA. So algal oil is a particularly good choice if you’re aiming to increase your intake of these important omega-3 fatty acids. DHA from algae has also been found to be bio-equivalent to fish oil’s DHA.