Songs can Reduce Pain in Kids after Surgery

Paediatric patients who listened to 30 minutes of songs of their choosing -- or audio books -- had a significant reduction in pain after major surgery, according to a new Northwestern Medicine study.

An Indian-origin scientist from Northwestern Medicine and his daughter have found that listening to just 30 minutes of songs can significantly reduce pain in kids after major surgery.

"Audio therapy is an exciting, inexpensive opportunity and should be considered by hospitals as an important strategy to minimise pain in children undergoing major surgery," explained study senior author Santhanam Suresh, professor of anesthesiology and pediatrics at Northwestern University's Feinberg School of Medicine (known as Northwestern Medicine).

Suresh conducted the study with his daughter Sunitha Suresh when she was a biomedical engineering student at Northwestern's McCormick School of Engineering and Applied Science. 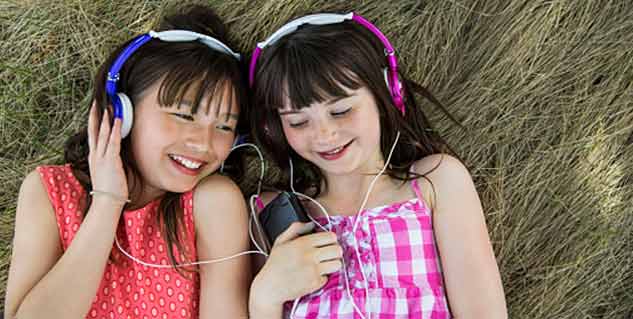 During the study, the children, aged nine to 14, chose from a playlist of top music in different genres including pop, country, rock and classical.

Short audio books were another option in the study.

In the study, 60 pediatric patients received pain evaluations prior to and after receiving the audio therapy.

The patients in the music and story groups had a significant reduction in pain.

The patients who heard silence did not experience a change in pain.

According to Santhanam, the audio-therapy helped thwart a secondary pathway in the prefrontal cortex involved in the memory of pain.

"The idea is, if you don't think about it (pain), maybe you won't experience it as much. We are trying to cheat the brain a little bit. We are trying to refocus mental channels on to something else," he pointed out.

Letting patients choose their music or stories is an important part of the treatment.

After the study, several patients ended up bringing in their iPods and listening to their own music.

Some parents commented that their young kids listening to audio books would calm down and fall asleep.

The paper was published in the journal Pediatric Surgery.