Use of Smartphone During Meals Hampers Parent-Children Bond

Findings of a latest study showed that parents who use smartphones during meals are less likely to make verbal or nonverbal interactions with their kids, hampering the parent-child bond. 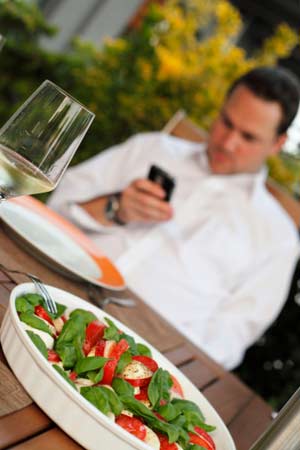 If you use smartphones during your meals, you may be putting your bond with your children under threat. A research finds that this habit can also have a negative effect on your child’s health as well.

The findings of the study showed that mothers who use mobile devices while eating with their children are very less likely to make verbal, non verbal and encouraging conversations with them.

The researchers suggest that non verbal interactions are the primary mode through which emotions are communicated between parents and children.

The corresponding author of the study, Jenny Radesky at Boston University School of Medicine explained "we theorise that mobile device use was associated with a decreased number of maternal verbal and non verbal interactions through decreased awareness of the child's social cues".

The meal time interactions between child and parent are believed to prevent health conditions like obesity, asthma and adolescent risk behaviours in children.

It was found that when the mothers used mobile devices, it led to 20 percent lesser verbal and 39 percent fewer non verbal interactions.

Mothers who had the greatest use of mobile device showed significantly lesser encouragements toward their children.

These findings have appeared online in the journal Academic Pediatrics.