Signs of Ectopic Pregnancy You Should Not Ignore

The term ectopic pregnancy comes from the word ectopic which means "out of place." In normal pregnancy, the fertilised egg implants and develops in the uterus. In most ectopic pregnancies, the egg settles in the fallopian tubes. 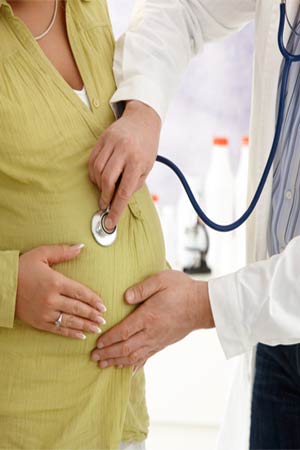 Ectopic pregnancies are commonly called "tubal pregnancies." Apart from the The egg can also implant in the ovary, abdomen, or the cervix, so you also might see these referred to as cervical or abdominal pregnancies.

According to NHS Choices, some women who have an ectopic pregnancy do not experience any symptoms. The pregnancy may not be found to be ectopic until an early scan shows up the problem or a woman’s fallopian tube has ruptured.

If there are symptoms, they usually appear between weeks five and 14 of the pregnancy. Some of the symptoms are outlined below.

You may experience pain, typically on one side of your abdomen (tummy), which can be persistent and severe.

Vaginal bleeding is a different type of bleeding compared with your regular period. It often starts and stops, and can be bright or dark red in colour. Some women mistake this bleeding for a regular period and do not realise they are pregnant.

Shoulder tip pain is felt where your shoulder ends and your arm begins. It is not known exactly why shoulder tip pain occurs, but it usually starts when you are lying down and is a sign that the ectopic pregnancy is causing internal bleeding.

The bleeding is thought to irritate the phrenic nerve (nerve starting in the neck region that supports the movement of the diaphragm), which is found in your diaphragm (the muscle used during breathing that separates your chest cavity from your abdomen). The irritation to the phrenic nerve causes referred pain (pain that is felt elsewhere) in the shoulder blade.

You may experience pain when passing urine or stools.

An ectopic pregnancy can cause similar symptoms to a gastrointestinal disease and is often associated with diarrhoea and vomiting.

When to Seek Medical Advice

•    you notice a change to your normal pattern of menstruation
•    you have unusual vaginal bleeding and/or
•    you have persistent abdominal pain.

When to Seek Emergency Medical Treatment

People who have experienced collapse describe feeling lightheaded and vertiginous. You may also:

If your fallopian tubes rupture, you will need emergency surgery to prevent blood loss. Dial 999 immediately and ask for an ambulance.