A US study has found that switching over to daylight saving time can give raise your chances of getting a heart attack on the following Monday by 25 percent.

A US study led by an Indian-origin scientist has found that switching over to daylight saving time in the spring season can give raise your chances of getting a heart attack on the following Monday by 25 percent. 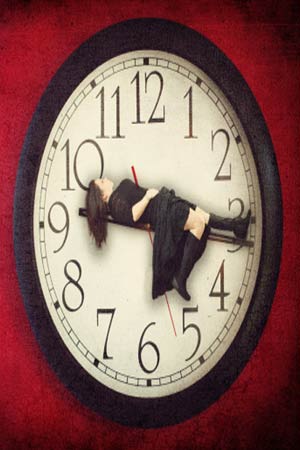 And when later in the year, the time is reset to standard, and people get an hour’s extra sleep, the heart attack risk fell 21 percent on the Tuesday.

In general, heart attacks historically occur most often on Monday mornings, maybe due to the stress of starting a new work week and inherent changes in our sleep-wake cycle, said Dr. Amneet Sandhu, a cardiology fellow at the University of Colorado in Denver who led the study.

"With daylight saving time, all of this is compounded by one less hour of sleep," said Sandhu, who presented his findings at the annual scientific sessions of the American College of Cardiology in Washington.

Daylight saving time (DST) or summer time (see Terminology) is the practice of advancing clocks during the lighter months so that evenings have more daylight and mornings have less. Typically clocks are adjusted forward one hour near the start of spring and are adjusted backward in the autumn.

"It may be that we as people are very sensitive to the loss of even one hour's sleep," Sandhu told reporters. "It may mean that people who are already vulnerable to heart disease may be at greater risk right after sudden time changes" he added.

The researchers used Michigan's BMC2 (a collaborative consortium of health care providers in the State of Michigan) database, which collects data from all non-federal hospitals across the state, to identify admissions for heart attacks requiring percutaneous coronary intervention from Jan 1, 2010 through Sep 15, 2013.

"If we can identify days when there may be surges in heart attacks, we can be ready to better care for our patients," Sandhu said.

The study is to appear in the journal Open Heart.