Secrets of Falling in Love

Relationship Help - Political views, genetics, geographical location, chivalry are some factors which influence the choice of our life partner. 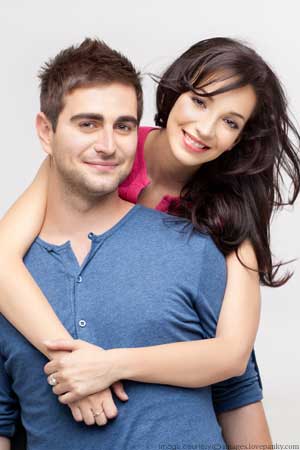 The enigma of two people falling in love and going absolute bananas over each other has always made people wonder. What is it about the chemistry between two people that sparks a relationship that lasts a lifetime? Some researchers have found out some specific concrete factors that make the relationship work for long.

Feel like knowing what hooked your honey to you? It may well be the one or more of the factors given here:

This may sound like a bland and unromantic to some, but the truth is that people tend to choose those as their life partners whose political views are similar. Research by Brian Grossman, PhD, communication expert and psychologist in Los Angeles has shown that this factor is actually more important than matching personality traits, similar religious beliefs and appearances in enabling a long relationship. It makes sense too, as it would be difficult to manage the entire life with someone whose political views do not match with yours.

Never to be taken lightly, a woman’s figure is often the decisive factor for men in having a relationship with her. A low waist-to-hip ratio, i.e. thinner waist and wider hips is associated with more attraction. Such a figure registers subliminally as more conducive to having healthy baby and thus the attraction.

A study in Australia has pointed out that women prefer men who have evenly spaced face as it is linked to good health. Grossman says that we tend to look at the face of the individual and quickly conclude that the person would bear good children.

It is obvious that people who put the opinion, likes and dislikes of their partner before theirs are more likely to have a successful relationship. Such people should watch out for overdoing it though, as it can easily cause problems to their own emotional health.

The place you are born and the cultural values you have grown up with is a major contributor to our choice of mate. Interesting to note is that men raised in a culture where money and food are insufficient tend to prefer bulkier women. On the other hand, in a culture in which there are plenty of resources for everyone, men look up to skinny women as ideal of attraction.

Biology, especially your genetic constitution plays a role in your love life and relationship. People with a particular lifestyle would carry a biological marker specific to it in their brain. This is just one of the factors that have an influence but science has not developed enough to predict the behaviour of each and every individual’s choice of life partner.