Scientists find the Cause of Muscle Weakening in Alcoholics

U.S. researchers found that muscle weakness from alcoholism may be due to an inability of mitochondria, to self- repair.

Alcoholics and patients with mitochondrial disease usually experience changes in muscle strength or sensation on both sides of the body, which are more common in the legs than in the arms. Symptoms usually develop gradually and become worse over time. 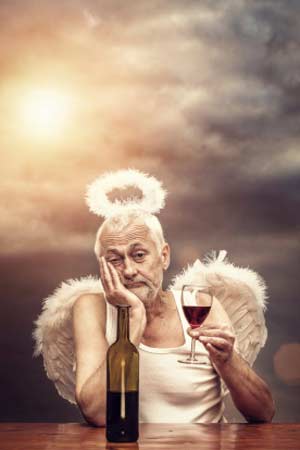 Mitochondria are cellular structures that generate most of the energy needed by cells. Skeletal muscle constantly relies on mitochondria for power, researchers said.

When mitochondria become damaged, they can repair themselves through a process called mitochondrial fusion — joining with other mitochondria and exchanging material such as DNA.

The current study (conducted on rats) led by Dr Gyorgy Hajnoczky, from Thomas Jefferson University, is the first to show that mitochondria in skeletal muscle are capable of undergoing fusion as a repair mechanism.

“The finding gives insight into why chronic heavy drinking often saps muscle strength and it could also lead to new targets for medication development,” said Dr George Koob, director of the National Institute on Alcohol Abuse and Alcoholism.

To investigate whether mitochondria in the muscle could indeed fuse to regenerate, researchers from the Thomas Jefferson University created a system to tag the mitochondria in skeletal muscle of rats with two different colors and then watch if they mingled.

They were also able to identify a key protein called mitofusin 1 (Mfn1) fusion proteins in the process and show that alcoholism interferes with the process.

Inkling that fusion might be important for the normal muscle function came from research on two mitochondrial diseases: Autosomal Dominant Optical Atropy (ADOA) disease, and a type of Charcot-Marie-Tooth disease (CMT).

A symptom of both diseases is muscle weakness and patients with both these diseases carry a mutation in one of the three genes involved in mitochondrial fusion.

"That alcohol can have a specific effect on this one gene involved in mitochondrial fusion suggests that other environmental factors may also alter specifically mitochondrial fusion and repair," said lead author Gyorgy Hajnoczky, professor of the Thomas Jefferson University.

He also suggested that knowing the proteins involved in mitochondrial fusion may aid in drug development for alcohol- related muscle weakness.

The findings were published in the U.S. Journal of Cell Biology.