Want a physique like Salman Khan? Here is the secret you are looking for. Read on to know all the insights.

Salman Khan- the bhai of the film industry is well known for ruling the box office with his every Eid release. The bhai trademark is enough to make a movie a blockbuster hit. His every release breaks every box office record each year. Eid being the auspicious day for Salman, his every release falls on this auspicious festival. From Dabangg to Race 3 Salman is making his numbers strong with every release. While on the other hand Bajrangi Bhaijaan and Sultan are among the most praised movies of Salman Khan. The Bharat actor never fails to leave a strong impact on every role he plays. 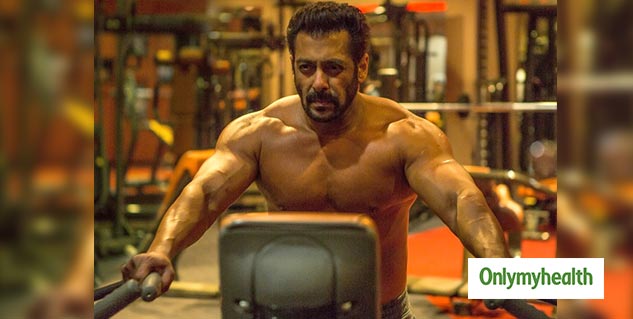 The Dabangg star is also well known for the muscles and great physique that he maintains for his every role. The strong muscular body is quite a buzz all over the nation. There are many fans who work hard to achieve the exact fitness level. You might be one of those who is looking for the secret behind Salman Khan's fitness. You might have searched the internet thoroughly to know what exactly Salman Khan do to stay fit. So here is an end to your search, here is the secret mantra you are looking for. Read on to know all the details about Salman Khan's diet, workout regimen and training.

Salman believes that hitting the gym is not the ultimate secret to stay fit. "More than in the gym, the body is made out of the gym. You might spend long hours in the gym, but it is your discipline and a strong mind that plays a greater role in achieving your desired body," Salman said in an interview. he summed up by saying the an intense workout at the gym is not the secret but one need to make necessary changes in lifestyle and eating habits as well.

Fabulous campaign by sports minister #RajyavardhanRathore on #HumFitTohIndiaFit. I accept #FitnessChallenge of #KirenRijiju ��. Here is my video ...

Salman definitely has a fully packed schedule but he makes sure that he hits the gym for at least 1-2 hours every day. Salman Khan's workout plan is very unique. Normally, Salman Khan focuses on two body parts each day. He makes a combination of two body parts for a single day like chests and triceps for one day and backs and biceps on the other. Usually, his workout includes bench press, weight training, trade mill, sit-ups, pushups, circuit training and plank etc. Another interesting point that you must know is that Salman skips the gym once a week and give his body complete rest on that day.

As Salman spends hours at the gym and follows a hectic schedule, he gives special attention to his diet. Salman has confessed in many interviews that he is a big foodie and he especially loves Indian and Italian food. However, Salman avoids eating too much sweet and processed food. Salman usually takes 5-6 meals in a day to keep his metabolism strong. Salman starts his day with a complete workout session with lots of exercises. For breakfast, he prefers- 4 egg whites, 2 whole eggs and low-fat milk. After working out he consumes oats. He also eats protein bars during the workout to maintain energy levels.

Salman chooses healthy snacking options. He eats a handful of almonds a snack in the evening and other healthy snacks during the day. For dinner, Salman eats two eggs, fish or chicken and soup.

For healthy life sports play a vital role. Sports keep the body fit and people usually enjoy it as well. When it comes to sports Salman loves Cricket. He also loves cycling. His social media accounts are flooded with videos of him cycling.

Read more articles on Diet and Fitness.
MORE FOR YOU
What is Unexplained Infertility? Can Couples Conceive With This Condition?
Breast Cancer Awareness Month 2021: Look Out For These Early Signs Of Breast Cancer
5 Fantastic Oral Health Remedies As Per Ayurveda
Why Sports Should Be A Part Of Your Lifestyle & That Of Your Kids
Why Do Some People On Antidepressant Medication Gain Weight? Tips On How To Manage
Contraceptives Cause Infertility Is A Myth? Find More Myths and Facts About Birth Control Methods