Rudeness Sole Cause of Fall-Out between Pals

A British survey finds rudeness as the most common reason for a fall out. Two in three angry Britons have fallen out with a friend, relative or neighbour at least once in the past five years. 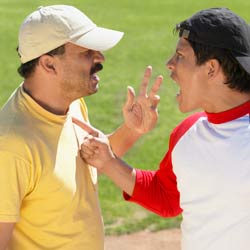 Two in three angry Britons have fallen out with a friend, relative or neighbour at least once in the past five years, claims a recent survey.

In a parent-children relationship, it was found that parents got angry with their children and vice versa. However, 14 per cent admitted to arguing with their mom as compared to just eight per cent who argued with their dad. Another survey of 1,000 people by car insurance giant Esure suggested that nine per cent had clashed with other motorist.

Noisy people were another main reason for fall out, making 16 per cent lose their temper while 11 per cent were angered by a neighbour who blocked their driveway.