Remembering Nargis Dutt: Know All About Pancreatic Cancer the Reason Behind Her Death

Much loved Bollywood actress Nargis Dutt was diagnosed with pancreatic cancer in 1980. . On 3rd May 1981, Nargis was declared dead as the cancer lead to severe complications.

Bollywood actress Nargis Dutt is still well known for the iconic characters she portrayed.  She started her career at a very young age of six years. Later she gave many splendid performances which are still there in everyone's memory. Her appearance in the Oscar-nominated epic drama- Mother India is the most famous and iconic role she played ever. In 1958, she married actor Sunil Dutt, with whom she fell in love when he saved her life from a fire on the sets of Mother India.

In 1980 Nargis was diagnosed with pancreatic cancer. The diagnosis was a huge shock for the family. For treatment, she flew down to New York. Later she came back to India but her health was still not stable. With time her condition became worse. On 3rd May 1981, Nargis was declared dead.  Nargis was much loved by her fans and it was a shocking news for the whole nation. 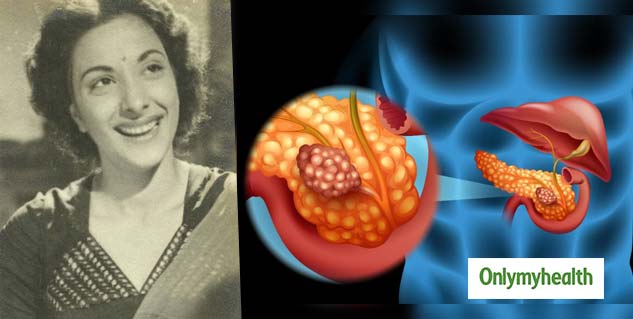 What is Pancreatic cancer?

The pancreas is a part of the digestive system of a person which produces digestive juices and hormones. The growth of abnormal cells in any part of the pancreas leads to the development of cancer. The pancreas performs some vital function inside a human body including regulation of blood sugar levels, production of enzymes which breaks down the protein and also aids digestion. Hence, cancer in the pancreas stops the essential functioning of the human body.

The human body forms a new cell as per the requirement of the body. These news cells replace the old cells. This is a continuous process. When the human body fails to fulfill this process, the abnormal growth of the cells starts. This later form a mass of tissues which grows into tumour later.

Also read: Sonali Bendre opens up about her battle with cancer: "I never thought I would Die"

The stage of the cancer and the patient's age are the major factors which determine the treatment of the cancer. In most cases, surgical removal of the cancer is recommended. Chemotherapy and radiation are used simultaneously to treat the disease effectively and stop the reoccurrence of the cancer.