Relationship Between Menopause And Osteoporosis

reventing bone loss is an important concern for a woman during and post-menopausal stages. Read ahead to know more.

Primarily, a lifelong lack of calcium plays a vital role in the development of osteoporosis. The low calcium intake leads to diminished bone density, early bone  and an increased risk of fractures anywhere in the body. However common the ailment is in men and women, it is severely suffered by menopausal women.

Preventing bone loss is an important concern for a woman during and post-menopausal stages. Menopause in woman significantly increases  the risk of osteoporosis. According to a research also 20% of bone loss can happen during menopausal stages. It also indicates that 1 in 10 women over the age of 60 are affected by osteoporosis worldwide.

Relationship between osteoporosis and menopause

Estrogens are a group of hormones that play a significant role in the normal sexual and reproductive development in women. There is a direct relationship between the lack of estrogen during perimenopause and menopause and the development of osteoporosis in women. Early menopause occurs before the age of 45 and any prolonged periods in which hormone levels are low and menstrual periods are absent or infrequent can result in the loss of bone mass.

Osteoporosis is a silent disease because the initial stage of bone loss occurs without any symptoms. Most people may not know that they have osteoporosis until their bones become so weak that even a mere strain, bump, or fall causes a fracture or a vertebra to collapse. A few other symptoms that lead to osteoporosis are:

Also read: Expert Talk: Can Yoga Reverse Symptoms Of PCOS? Here’s What You Need To Know 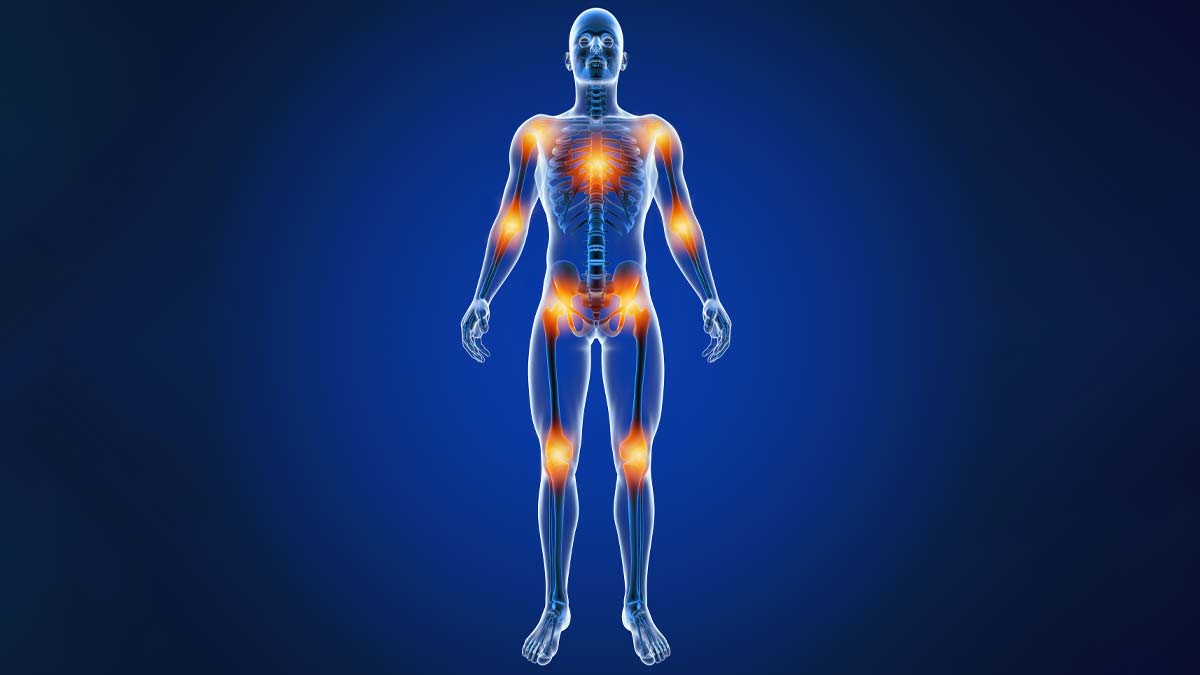 How to keep your bones healthy during menopausal stages

Although, menopause in women cannot be restricted, however one can always take care of their bodies by undertaking simple steps to prevent or slow the process of bone loss.

The bone density in women decreases due to hormonal changes during menopause. Adding more calcium-rich foods to a daily diet helps in strengthening the bones. Nutritionists suggest to add enough vitamin D as well for better absorption of calcium consumed in the body. Good sources of calcium include dairy products, almonds, broccoli, kale and soy products, such as tofu.

Our body needs vitamin D to absorb the calcium in menopause and  in reducing inflammation. Sunlight contributes to be the best source of vitamin D other than oily fish, such as salmon, trout, and tuna. In addition, mushrooms, eggs and fortified foods, such as milk and cereals, are a few other good sources of vitamin D. If you're still worried about getting enough vitamin D, ask your doctor about supplements and take them in accordance.

Physical exertion in form of any weight bearing exercises, such as walking, jogging, dancing, swimming and/or climbing stairs, helps in building strong bones in turn by slowing the process of bone loss.

Pain And Cramping Without Periods? Doctor Explains The Possible Reasons