Reasons why some periods are more painful than others

It is generally seen that the pain tends to get worse within the first few years after period starts. Symptoms often tend to improve with age and sometimes after childbirth.

Period pain is medically known as Dysmenorrhea and it generally falls into two categories, namely, secondary dysmenorrhea – caused by a specific underlying condition such as endometriosis (cells that normally line the uterus are found at other sites in the body); primary dysmenorrhea, which affects nine out of 10 women and has no specific cause. It is generally seen that the pain tends to get worse within the first few years after period starts. Symptoms often tend to improve with age and sometimes after childbirth. 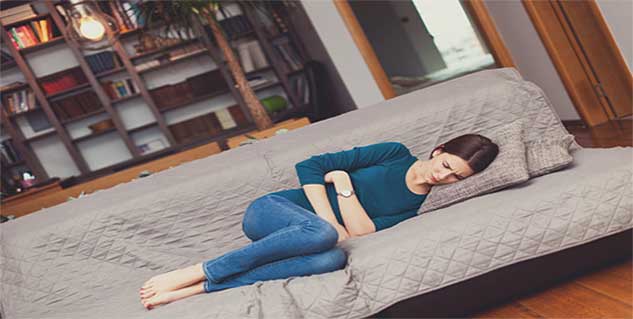 There are numerous reasons for experiencing period pain and it is true that while some periods are mild, others can be harrowing. Hence, crippling cramps, heavy bleeding, serious fatigue and other such symptoms can affect you during that time of the month. It is very important to visit a doctor in case the pain gets unbearable as it could be a sign of some serious underlying problem.
Here are some reasons why period pain can be extreme in certain months while not so extreme in others.

This is a gynaecological condition wherein the uterus lining happens to be outside the uterus. The uterus is usually found in other structures in the body, such as, pelvis, including the ovaries, fallopian tubes, and bladder and in some cases liver, lungs, etc. It is not exactly known what causes the endometriosis menstrual pain but this can definitely cause chronic inflammation, cysts and internal bleeding. So it is significant to visit a doctor when experiencing extreme pain.

It is found that three out of suffers from this nightmarish uterine fibroids but there are no symptoms for most. In this case the fibroids size can range between microscopic to large and it can very easily distort the shape of the uterus. Uterine fibroids can increase the amount of bleeding during periods and also cause extreme menstrual pain. The reason behind the pain is that the uterus usually contracts to let out blood clots that result from the heavy bleeding.

This one is similar to endometriosis, but here, the endometrium implanting does not happen outside the uterus, instead it is found embedded deep inside the uterine muscle. Basically, those suffering from this have a uterus which is much like a bruised muscle. Women suffering from adenomyosis will experience painful central cramping and painful intercourse, this can hurt for as long as one or two days. Adenomyosis is usually found in women who are over 30 years of age and who have had children. However, we cannot completely rule out the possibility of teenagers getting this.

PID is a sort of infection in the female reproductive tract that is caused by STDs (Sexually Transmitted Diseases). If this is not treated at the right time, it can cause inflammation, scarring and painful menstruation and infertility. When a woman suffering from PID goes through her menstruation, her hormones would influence the uterus and its surrounding structures, thereby leading to an increase in inflammation, bleeding and pain. It is very important to practice safe sex not just to save yourself from STDs but also from a menstruation nightmare.