Prolonged Use of Painkillers Could Raise Heart Attack Risk

Long-term use of NSAID painkillers like ibuprofen can be hazardous in terms of heart attack risk. The study has been analyzed on more than 350,000 patients. 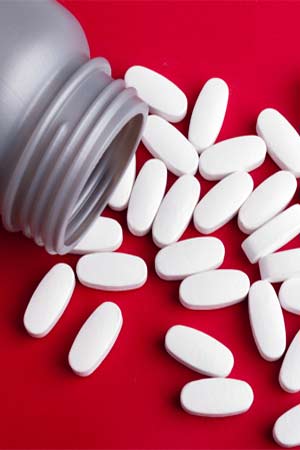 As per the new study, it has been proved that the most commonly used non-steroidal anti-inflammatory drugs (NSAIDs) can increase long-term users` heart-attack risk by more than a third. The researchers analyzed 639 drug trials on more than 350,000 patients and detailed information have been collected after examining them. The study has shown that for every 1,000 arthritis sufferers, the rate of people who suffered a heart attack, stroke or death increased from 8 per 1,000 to 11 per 1,000 with long-term use of common NSAIDs. These drugs also have side-effects like stomach ulcers, etc.

A new NSAID painkiller has been introduced recently, known as coxibs, which has a lesser risk of stomach pains, but it can actually increases the risk of heart attacks.  Due to this reason, the popular drug Vioxx was removed from the shelves in the year 2004. The study`s authors believe that high-dose treatments with older NSAIDs could be as big a risk factor for heart attacks like Vioxx.

The researchers also stated that all NSAIDs double the risk of heart related problems and produce a two- to four-times increased risk of gastrointestinal complications. The study has been published in The Lancet medical journal.