Research finds a new solution for your asthma symptoms, just some mussel oil can do the trick. 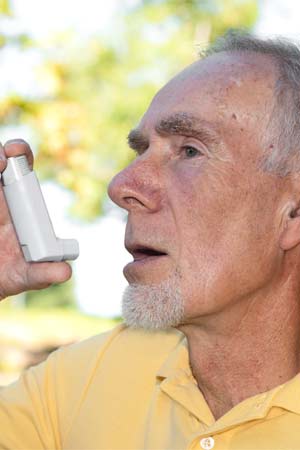 New study has revealed that a unique omega 3 supplement which is derived from the New Zealand green lipped mussel can improve lung functioning and reduce airway inflammation in asthmatics who experience exercise-induced bronchoconstriction, which is also called exercise induced asthma. The study was done by Indiana University.

Timothy Mickleborough, professor in the IU School of Public Health-Bloomington, said his findings are similar to his studies involving fish oil but required a much smaller dosage of the supplement.

Mr. Mickleborough also said, "Not only does it reduce symptoms, which will make you feel better, but it potentially could improve athletic performance.” His study has found that 59 per cent improvement in lung function after an airway challenge, and a reduction in airway inflammation, asthma symptoms and use of emergency medication.

In exercise-induced asthma, vigorous exercise triggers an acute narrowing of the airway afterward, making breathing difficult. Other symptoms include coughing, tightening of the chest and excessive fatigue. About 90 percent of people with asthma have this condition, which also is found in an estimated 10 percent or more of elite athletes and as much as 10 percent of the general population without asthma.

Timothy Mickleborough's study is groundbreaking because it is the first to show that mussel is effective in reducing the airway inflammation experienced by asthmatic study participants diagnosed with exercise-induced asthma.