Priyanka Chopra wants you to know about Down's Syndrome

Down's Syndrome is one of the common conditions that affect children, impacting their chances of normal physical and mental development. Learn more about the condition to prevent or manage it better.

Other DiseasesWritten by: Meenakshi ChaudharyPublished at: May 27, 2015
SHAREFacebook Twitter Whatsapp Koo
FOLLOWInstagram

Priyanka Chopra, the reigning queen of Bollywood, knows the importance of every child. "Every child is special", she had recently tweeted. But what made her say so all of a sudden? It's the need to spread awareness on Down's syndrome. She was recently witnessed talking about the condition and the need to treat children with Down's syndrome with care and importance. Every child, despite Down's syndrome deserves complete access to opportunities, she had been pointed out to say. 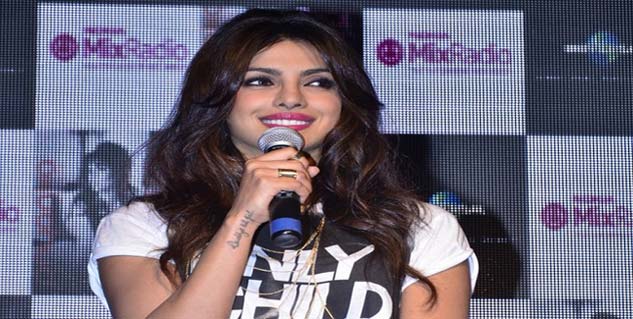 What is Down's syndrome?

Down’s syndrome is a common genetic disorder caused in unborn developing children before birth. The condition can delay a child's normal physical and mental development. Children with the condition usually experience moderate to severe learning difficulties.

The condition was named after John Langdon Down who first identified it in 1866. Other than being a genetic disorder scientists are still unaware of the reasons of the condition. Even after years of research there is still no cure for the condition. So, it becomes even more important to understand the condition and its effects on children to help allow them the best possible lifestyle with equal opportunities.

The condition occurs in all ethnic groups equally, however, it is more common in boys as compared to girls. The age of the mother at the time of pregnancy is the biggest risk factor for this condition. The risk increases with the mother's age. A baby born to an older mother is at a higher risk than a baby born to a younger mother.  The risk is greatest in women who are in their 40s.

Down' syndrome also increases the risk of developing several other conditions, including life-threatening ones. Some of the disorders which are common in a child with Down’s syndrome include: 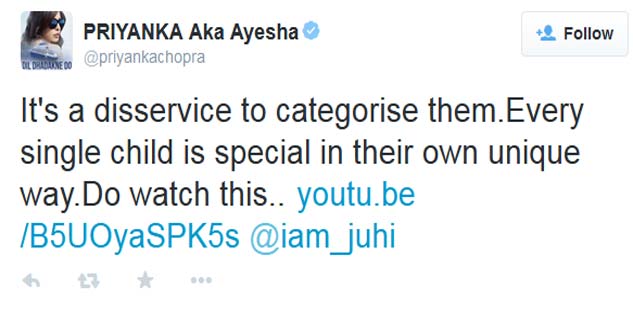 So, let us give it up to Priyanka for standing up for children and  bringing us back to a very important subject that every child is special.