Premature Babies may be Deprived When They Grow Up

Children born prematurely may be disadvantaged for the rest of their lives by poor understanding of their needs.

Everything happens at a certain and disturbing this discipline can cause problems. A baby is also born at a particular time- after completing nine months in the womb of the mother. Children born prematurely may be disadvantaged for the rest of their lives by poor understanding of their needs, according to experts. 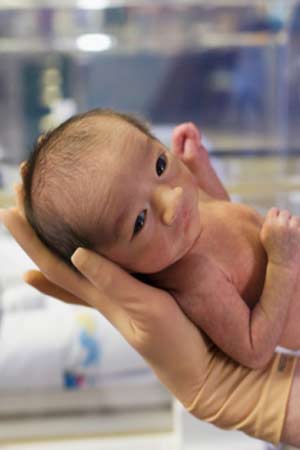 "We know from a Scottish study that the earlier you are born the more likely you are to have have problems at school", said Glasgow paediatrician Dr Nashwa Matta.

"But these children may still be clever and the problems don't appear until the workload increases at primary or secondary school."

Preemie children can be at a greater risk of being emotionally immature, lonely and at greater risk of bullying. They may have visual perception issues, including difficulties with numbers and mathematics. Further traits may include short memories, attention spans and problems with multi-tasking.

Researchers say the education system should adapt to reflect this change. They are calling for a child's gestation to be recorded on their education records as a way of flagging up any problems.

Dr Matta has organised a one-day conference to highlight the issue at the Royal College of Physicians and Surgeons of Glasgow.
"The simplest thing to do is to put child's gestation on their school entry form," said Dr Matta.

Then, when a teacher has a child with difficulty with attention, certain work, and memory then they will know he's born prematurely and can find out what can be done so gap doesn't get bigger."

MORE FOR YOU
What Is The Relationship Between Substance Abuse & Risk Of Cancer? Here Are Tips To Reduce The Risk
Remedies For Period Pain Lies Right There In Your Kitchen: Ayurveda Expert Explains
Does Your Child Have Yellowish Tongue? Know Symptoms, Causes And Treatment For This Problem
Q&A: Facts To Know About Arthritis From An Expert
Do You Know About Protein Poisoning? Here Are Effects, Causes, Symptoms Of This Condition
1st Zika Virus Case Of UP Recorded in Kanpur, IAF Officer Infected