Expert Talks About Complications In Pregnancy Due To PCOD

PCOD can cause several symptoms, including complications during pregnancy. Here's what our expert said.

Polycystic Ovarian Disease (PCOD) is caused by a combination of hormonal imbalances and genetic tendencies. In simple words, for someone with PCOD, the ovaries often release immature or partially- mature eggs, which can go on to develop into cysts. In this condition, the ovaries can also swell and become enlarged causing complications in women health. PCOD is often confused with PCOS, which is a more serious disorder of the endocrine system.

According to UNICEF, around one-third of all menstruating women around the world have PCOD. Common complications of PCOD include hair loss, abdominal weight gain, irregular periods, and in some cases infertility. PCOD impacts fertility, but this doesn’t mean a woman with PCOD is not able to conceive. OnlyMyHealth editorial team spoke to Dr. Ranjana Becon, Consultant – Obstetrics & Gynaecology, Manipal Hospitals, Ghaziabad, to know about the complications in pregnancy due to PCOD.

Some of the most common complications that occur in pregnancy due to PCOD are:

PCOD causes an imbalance in sex hormones that causes women to produce larger amounts of androgens than is normally needed. This interferes with the natural process of ovulation which may hinder the process of conceiving a child.

Women with PCOD have a higher body mass index. Obesity and diabetes are closely related. Getting diagnosed with diabetes during pregnancy is known as gestational diabetes. This can risk the pregnancy and the child, also causing a risk of developing type 2 diabetes later in life for both mother and child. 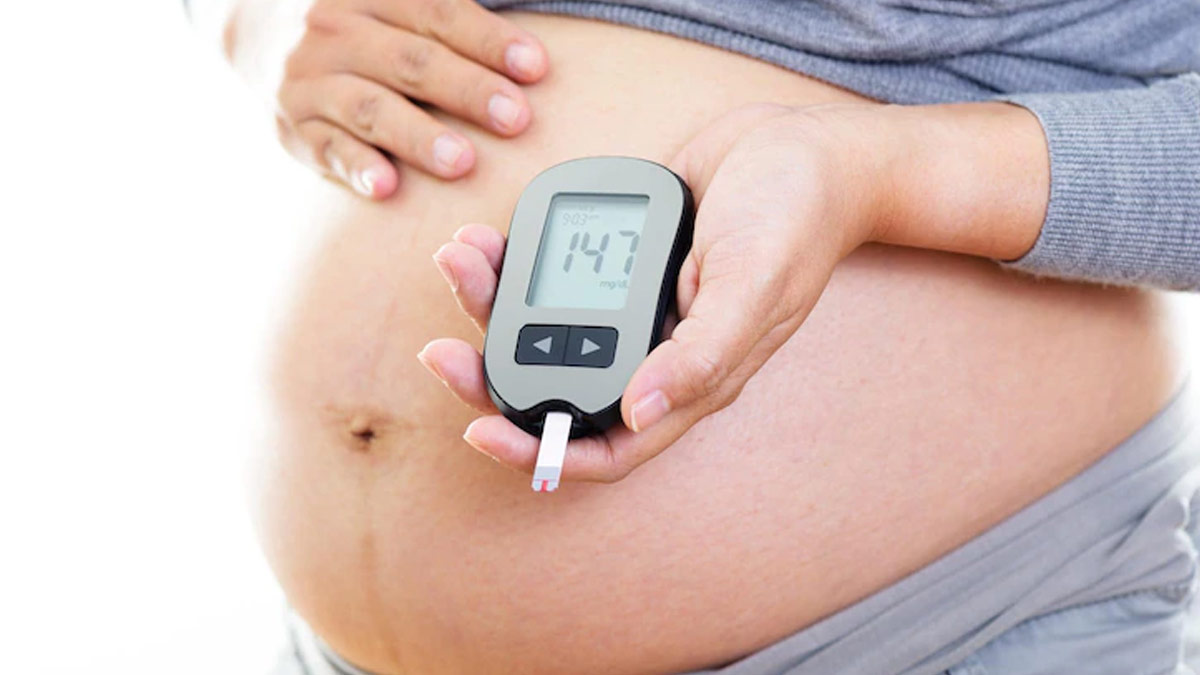 It is hypertension that occurs after 20 weeks of pregnancy in women with previously normal blood pressure. PCOD is known to cause high blood pressure that can cause damage to the heart, brain, and kidneys.

Also read: Explained! The Difference Between PCOD and PCOS

Other complications of PCOD such as sleep apnea, abnormal uterine bleeding, depression, complications related to cysts, and the possibility of endometrial cancer can have major impacts on pregnancy.

Even with these risks, a healthy and natural pregnancy is possible with PCOD. The symptoms of PCOD are not as severe as PCOS and sometimes can be managed easily. So far, there is no cure for PCOD, but it can be treated with medications and managed with lifestyle changes. Some of these changes are- Taking a healthy diet including green leafy vegetables, antioxidant-rich fruits, protein-rich foods, and avoiding dairy and carbohydrate-rich foods; Exercising regularly to manage weight during PCOD and preventing its associated symptoms; Taking medication as recommended by the expert and seeking surgery such as removing the ovarian cysts.

Pregnant women with PCOD require regular check-ups and supervision to ensure that there are no increased risk factors. Proper care must be taken after pregnancy as well as post-partum depression and depression due to symptoms of PCOD together can cause severe mental challenges.

Important Tests During Every Trimester Of Pregnancy