According to a new study, kids who are physically fit have faster and stronger neuro-electrical brain responses during reading than their less-fit peers.

People of every age are should be physically fit but when it comes to children, fitness has an added advantage. According to a new research, kids who are physically fir have speedy brain functions during reading as compared to their not-so-fit counterparts. 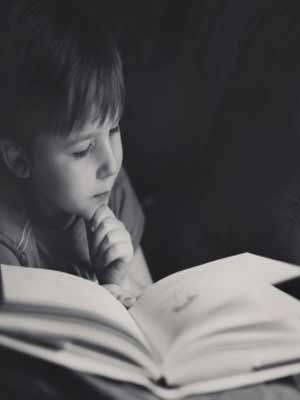 The differences are visible when fitter kids read straightforward sentences or grammatically wrong sentences. In order to take a look at the brain function of children, the researchers used electroencephalography (EEG). They placed an electrode cap on a child's scalp to capture some of the electrical pulses associated with brain activity.

The researchers then took a look at the wave patterns created on the reader, called "event related potentials" (ERPs). More specifically, the researchers examined a brain waveform known as the N400, since it's associated with grammatical rules of a sentence.

For example, when you hear or read a word in a sentence that makes sense ("You wear shoes on your feet"), the component of the brain waveform known as the N400 is less pronounced than if you read a sentence in which the word no longer makes sense ("At school we sing shoes and dance," for example), Scudder said in a statement.

"All we know is there is something different about higher and lower fit kids," said Charles Hillman, one of the researchers, in a news release. "Now whether that difference is caused by fitness or maybe some third variable that (affects) both fitness and language processing, we don't know yet."

"We focused on the N400 because it is associated with the processing of the meaning of a word," he said in a statement.

"And then we also looked at another ERP, the P600, which is associated with the grammatical rules of a sentence."

While the new findings do not prove that higher fitness is a direct influence on the changes seen in the electrical activity of the brain, it could explain why fitness correlates closely with better cognitive performance in a variety of tasks.

The findings are published in the journal Brain and Cognition.