Passengers on a Jet Airway flight between Mumbai and Jaipur suffer from nose and ear bleeding because the crew forgot to maintain cabin pressure on the flight.

Passengers on a Jet Airway flight between Mumbai and Jaipur suffer from nose and ear bleeding because the crew forgot to maintain cabin pressure on the flight. The flight took off from Mumbai around 6 a.m. and had to return back to Mumbai due to low cabin pressure.

The flight had 166 passengers on board, out of which 30 passengers suffered from bleeding nose and ears while other complained of a headache. 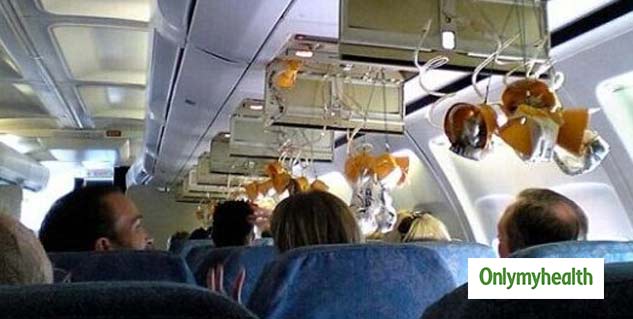 “The 9W 697 Mumbai-Jaipur flight was turned back to Mumbai after takeoff as, during the climb, crew forgot to select switch to maintain cabin pressure. This resulted in the oxygen masks dropping. Thirty out of 166 passengers experienced nose and ear bleeding, some also complained of headache,” Lalit Gupta, deputy director general, Directorate General of Civil Aviation (DGCA) said.

The Aircraft Accident Investigation Bureau (AAIB) has started the investigation on the issue. Ministry of Civil Aviation has requested DGCA to file its report immediately for further investigation.

“All guests were deplaned safely and taken to the terminal. First aid was administered to a few guests who complained of ear pain, bleeding nose etc. The flight’s cockpit crew has been taken off scheduled duties pending investigation. The airline is making alternative flight arrangements for guests on this flight. Jet Airways regrets the inconvenience caused to its guests,” said Jet Airways officials after the incident.

Also read: Here's how you can eat healthy while travelling

Loss of cabin pressure can happen due to many reasons. It could be the result of carelessness or could be due to technical problems. When cabin pressure drops oxygen masks fall for the passengers to stop the condition from getting worse.