7 Parenting Tips To Deal With Temper Issues In Toddlers

Toddlers can get temper issues which needs to be tackled, Here are some parenting tips that can help you guide your children.

Parents have a lot to work on with their children, at different phrases; children need different types of guidance and advice to make a better future for them. Temper is a universal phenomenon which happens to everyone of any age group. Children and toddlers may also have anger or temper issues because of which they may tend to do something which they should not. Throwing object, screaming and harming themselves are some common behavioural problems that come with toddlers. Today we will discuss about some parenting tips that parents can make use of to calm their children and nurture them for a better future.

7 Ways to Deal with Temper Problems in Toddlers

Children that are below the age of 3 years tend to have temper issues that can remain for rest of their lives. Hence it is important to determine it and guide children in a way that they do not cause any problem for themselves as well as others.

Well sometimes all children to with the temper are to get attention to something. They think making sounds, throwing things and doing some naughty activities can bring strong attention to them. If this is the case, then they should be avoided and do not get into this play of their tantrum otherwise they may do it again and again. Once you do not give attention to it, they might try some other better way to communicate with you. 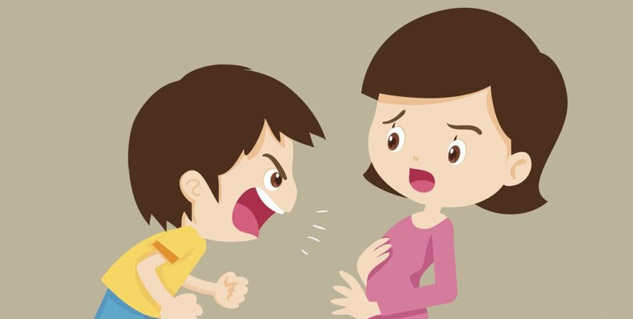 Toddlers and children should not be given so much freedom as to do anything without saying a word to them. If you see that they are getting aggressive and it making things go worse, then a better option is to calm them and make them realise their mistake. This should be done in a strict and with immediate effect so that they realise what they have done is wrong and then they won’t repeat it again.

If you give time to them, then there are more chances of them repeating the same mistake again. Also you can try to take some privilege for them like watching their cartoon shows for that type of behaviour. This may prevent them from doing it again.

Also Read: Neurological Disorder In Kids: Parents Should Watch Out For These Warning Signs 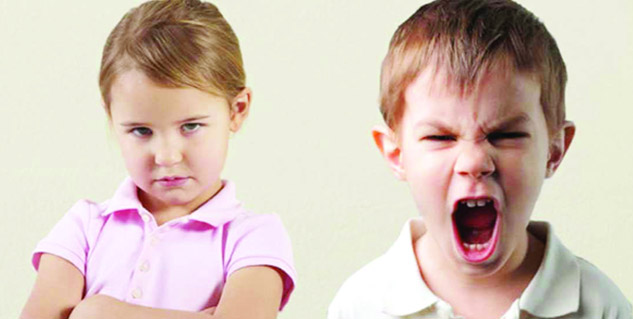 3. Refrain yourself from yelling

Mind of children are very sensitive and they tend to take everything very seriously, hence shouting or yelling at them for being aggressive can make them rebel. Children have this natural tendency to do what is told not to do. Hence if you yell or scream at them at various times when they are angry, then it can create that rebel situation which may not be beneficial for you and them in the future. This can go on till they are adults and can affect their brain permanently. However opposite of it can also happen, if you yell too much at them, then they can start hiding things and make you more frustrated.

4. Let you child be angry, if it’s momentary

This means that if there is something they want, and are angry at you because you are not getting them that. Then it is best to leave them angry and vent out their anger, this is very natural and does not harm anyone, it will make them calm automatically after sometime. At that moment you can go and tell them why it was not good for them and give them a valid explanation to the problem. This is a non-destructive way to vent out and handle the situation with angry toddlers. 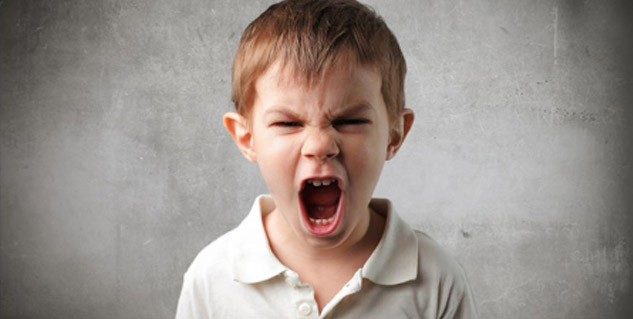 5. Give them easy commands

You may have heard sometimes, that parents tell their kids to go in their room after they do something stupid or mischief. This is a simple instruction which works best for them because this makes the children realise and feel guilty of what they did. It also gives them time to understand the situation and know where they need to improve on. In case of temper issues, you can give commands such as “no you are not doing it”, “Be a good boy”, “Stop Talking” etc. This works to control anger in toddlers and they start listening to you.

Also Read: Does Hearing A ‘No’ Makes You Angry? You May Be Having Rejection Sensitive Dysphoria

6. Create a distraction for them

When you realise that your children or toddlers are having temper issues, then it is an easy way to distract them by switching their favourite TV show. Playing with them, or getting them some nice meals, this can prevent them from being angry for long and this does not let it affect their brain on the long term. Therefore distraction techniques mostly work well for the toddlers and small children below 5 years of age.

If you see your toddler screaming or crying often because of some tempers issues. It is possible that something is affecting them and creating problems for them which they cannot resolve on their own. In this cause you need to help your kids get out of this situation and sit together with them. Understand what they are going through and what is troubling them so much that they are unable to concentrate on other things. This technique will always make them calm and also improve bond between the child and their parents. It makes toddlers more open to their parents to talk about their problems which may remain for lifetime.