Obese Parents tend to Perceive their Children as Healthy

A new study has stated that parents with obesity tend to overestimate the health of their kids. These parents also encourage their kids to eat more food.

A new study suggests that parents with obese children tend to overestimate the health of their kids. The study which was published in Journal of the Academy of Nutrition and Diabetics interviewed at least 200 families that participated in an obesity clinic at Hasbro Children’s Hospital in Rhode Island in 2008 and 2009. About 94 percent of the children who participated in the study were obese while the remaining six percent were grouped as overweight.
About 28 percent of the parents who were surveyed did not view their children’s weight as concerning. About 31 percent of the participants had reported that their children were in excellent or very good health. 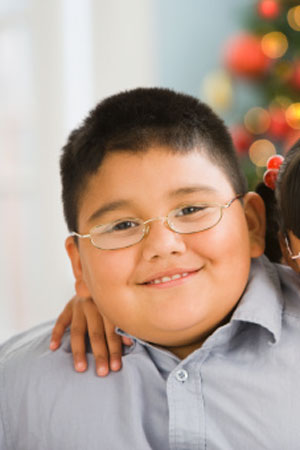 Obese parents were seen to be less likely to encourage changes in their children’s lifestyle and this was also true of parents who viewed their weight as a threat to their own health. The participants were not asked to provide reasons for the reluctance, but the researchers think that it could be tied to failed attempts at the change in the parent’s history.

A lot of researches suggest that obesity is linked to several illnesses including type 2 diabetes, cancer, heart diseases and more. Several experts point out that there is a possibility of health risks occurring in children who are obese and these risks tend to stay all the way into adulthood.
A growing body of research indicates that obesity can possibly be a symptom of these as well as other risk factors and not really the cause.