New study says that hormonal changes after weight loss due to dieting are likely to make the dieters regain the lost weight, leaving them heavier and more desperate than ever.

Saniya Kapoor knows only too well the agony of failed diets. The 36-year-old mother-of-three from Delhi, India, has seen her weight yo-yo from 90 kg to 98 kg repeatedly over the past decade, as a succession of diets initially worked, then failed spectacularly — leaving her heavier and more desperate than ever.

Losing weight is hard, but keeping the pounds off can be even harder. Maintenance of weight loss requires continued vigilance and conscious effort to resist hunger.

Obese people who diet to lose weight regain it in 80 percent of the cases, says a new study from Australia. Restricting diet helps to reduce weight but only for some time after which certain hormonal changes trigger regaining of weight.

The study involved 50 men whose BMI ranged from 27 to 40. These overweight and obese men, with an average weight of 95 kg, underwent a weight loss programme for 10 weeks, which was based on keeping them under a low energy diet. Their levels of appetite stimulating hormones were studied at the end of the programme and also one year after the initial weight loss. 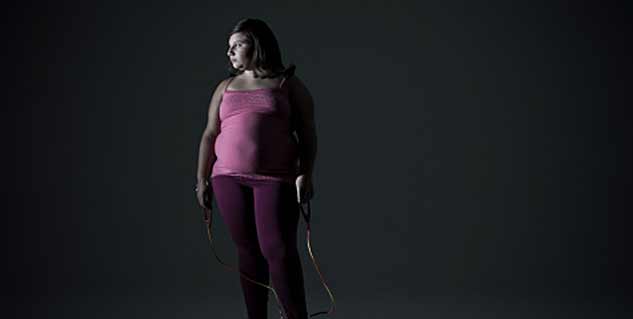 The results revealed that after initial weight loss of 13 kg, the participants regained 5 kg during the one year period in which they were monitored. Professor Joseph Proietto from the University of Melbourne said that the most important role in regulating weight is that of the hormones, and so, dietary and behavioural changes do not effect a permanent change. He is of the opinion that the regaining of weight has a very pertinent physiological explanation, and that is why many obese people find it hard to maintain their lost weight.

Dr. Proietto further added that we need to address the issue of hunger post weight loss programmes and the need is to initiate research in pharmacotherapy or hormone manipulation. Moreover, rather than spending on fighting obesity, it would be better if the focus shifted to public health efforts for preventing children from becoming obese.

"When diabetics don't have enough insulin in their bodies, we give them back insulin in order to maintain their blood glucose," Burant says. Researchers should be finding a way to do the same for people who have lost weight, he adds, "whether it's with a drug, a dietary supplement, or certain nutrients—something that will stimulate the release of these hormones."

Proietto agrees that finding an appetite suppressant of this sort is the next logical step in hormone and obesity research. Until then, he says, weight-loss surgery is a possible option for some severely obese people who have not been able to keep weight off by other methods.