National Doctor’s Day 2019: A Day for the Doctors and Their Selfless Service

For us Indians, a doctor is placed next to God. They are our caregivers and ensure that we live a healthy life. A day dedicated to honouring the selfless love, sacrifice and duty of the doctors across the globe, the 2019 edition of the National Do

In India, sentiments and emotions drive every human being. For us, our doctors are next to what God stands for most of us. July 1 is observed as the National Doctor’s Day in India. This day is earmarked as a day of importance to raise awareness about their importance, the role of doctor and their responsibilities that are entrusted in them by the people for wellbeing and long life. This saying indeed denotes the essence of the doctor’s existence – “We can’t see God but on Earth Doctor is like a God who cures us and give us life to live in a better way.” 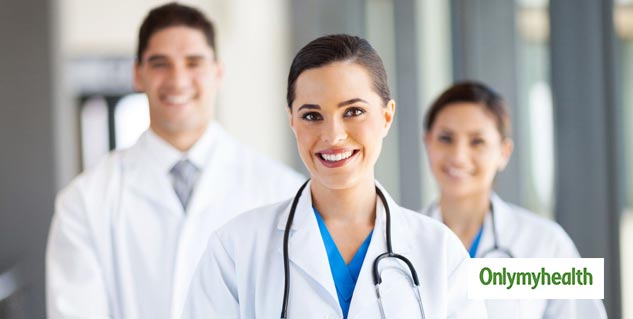 On this day, we thank all the physicians and doctors who have helped us, guided us, cured us and taken care of us like a whole big family. This day is birth and death anniversary of Dr Bidhan Chandra Roy, a Bharat Ratna and a physician of par excellence. Also We Bengal’s second Chief Minister, Dr Roy us instrumental behind the existence of the Indian Medical Association (IMA) and the Medical Council of India.

The Indian Medical Association has declared this year’s theme as “Zero tolerance to violence against doctors and clinical establishment.” This theme is in line with safeguarding the interest of doctor’s and saving them from the violence they face across India.

All have long cherished Dr ’Roy’s involvement in framing the medical frameworks in India. As a tribute to his contributions in his lifetime, Doctor’s Day Rotary Club of the North Calcutta and North East Calcutta Social & Welfare Organization pay tribute by organising events on the occasion of National Doctor’s Day.

The Founder Chairperson All India Trinamool Congress, Honourable Chief Minister, West Bengal Mamta Banerjee wished all the doctors through a public message on her twitter, which said:

July 1 is celebrated as #DoctorsDay across India in Dr Bidhan Chandra Roy’s honour. On this occasion my best wishes to all those who are associated with the medical profession

On #NationalDoctorsDay, I salute the medical community which works tirelessly and selflessly to make India healthier. This day commemorates the birth & death anniversary of legendary doctor & ex CM of West Bengal Dr BC Roy ⁦@MoHFW_INDIA⁩ pic.twitter.com/4dtKcyfJVi

A Special Forces Veteran and UN Peacekeeper, Major Surendra Poonia established a deep connection between soldiers and doctors. He very well said that how doctors, just like any soldier on the war front, is never off duty. He extended his good wishes by sending out a message, which said:

On #NationalDoctorsDay My best wishes to all the fellow doctors of our country����.Like soldiers,a doctor is also never off duty.Let us salute unsung heroes who are relentlessly dedicating themselves in the service of mankind.
Respect them & their services�� #DoctorsDay pic.twitter.com/IxKCrPReoT

It was recently when the medical fraternity came together to support the doctors in Bengal against the “murderous” attacks on them. The hashtag #DoctorsFightBack brought together doctors, politicians and the general public, calling in for a dire need of security. The incident was recorded at Nil Ratan Sircar Medical College and Hospital, where two interns were subjected to dreadful experiences by a family who lost a member. Post this horrific incident; there was a series of supporting tweets and messages that spread like fire.

Years of hard work to be just worthy of that WHITE COAT. Instead of saving the public’s blood, it got stained with MY OWN #SaveTheSaviour #DoctorsFightBack #TREATUSASHUMANS pic.twitter.com/JSxtxKVIe3