Happy Mother's Day 2020: Is overeating during multiple pregnancies a myth? Can it harm the mother and baby?

During pregnancy, the mother is always asked to overeat! Similarly, when it comes to the mother (giving birth to twins), she is asked to eat a little more. At the same time, eating more can prove to be dangerous for mothers who give birth to twins. According to one study, too much weight during twin pregnancy is linked to death (during delivery). Also, having a deficient weight during pregnancy can cause premature birth, and babies are removed from the mother's womb by a caesarean operation. On this subject, 'OnlyMyHealth Editorial Team' spoke to Dr Syeda Shabana, working in the Department of Gynecology and Obstetrics at District Hospital, Rampur.

During this conversation, she gave us some key points about the weight and calories of a pregnant woman.

Also Read:  Safe Delivery And Breastfeeding Are Possible In Women Suffering From COVID-19. Listen From This Experts

According to Dr Syeda Shabana, during multiple pregnancies, the calorie taken by the mother gets divided among the twins. Most of the mothers eat more dry fruits and ghee or greasy things during this period, which is not right for them. This increases their weight excessively, which can be dangerous for both (mother and child). According to Dr Syeda, pregnant women should consume maximum fruits, vegetables, milk and curd. Mothers who give birth to twins should take special care of their weight (as it should not decrease or increase too much).

Some similar research by the University of Pittsburgh, Pennsylvania has shown that women who give birth to twins have problems like diabetes, pre-eclampsia, and cesarean delivery. According to research, the risk is very high in twin pregnancy. Pregnancy of twins poses several risks and complications, which can sometimes be very dangerous for both mothers and toddlers. Let us tell you about these complications. 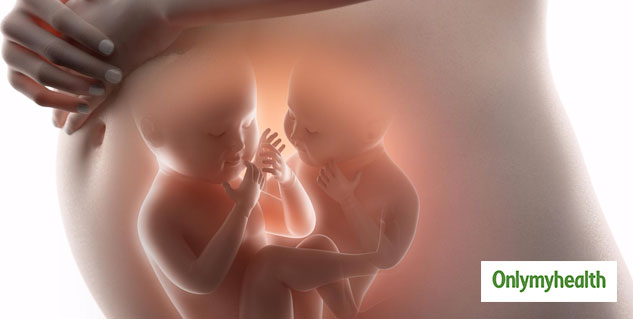 Precautions to be kept during multiple pregnancies