Do Not Man Up: How Men Can Deal With Depression

The socio-cultural norms bars men to speak about their feelings of sadness, let alone about depression

The socio-cultural climate we are brought up in has set certain gender-specific norms for both men and women. The outliers are often shunned, shamed, ridiculed, discouraged, and even made to pay a price for deviating from what is seen as the norm. If you are a woman, you are emotional, and what can be termed as softer. And, if you are  a man, you are emotionally strong, and overall tough. These harsh norms are hard on both women as well as men. As the world expects a man to be tougher, as compared to the opposite gender, he is often told to ‘man up’ his feelings, the sad ones to be specific, and to appear tough. In a world that doesn’t allow men to freely express their sadness, do they feel at all incentivised to speak openly about depression? To understand how this mentality discourages men to open up about this psychiatric issue, and what can be done about it, Onlymyhealth spoke to Dr Jyoti Kapoor, Senior Consultant, Psychiatry at Paras Hospitals in Gurugram.

“No, men don’t talk about depression,” Dr Kapoor said on being asked if men are comfortable in talking about depression. This is even the case when they are referred by other specialists and are reluctant to even visit a psychiatrist, she said. Social upbringing and what is seen as acceptable have a huge impact on it. “‘Boys don’t cry’ is such a deep-rooted myth that even though we want to acknowledge it, we still cringe at the idea of it,” the doctor said. Also, “most men see themselves as being responsible for their families and household and feel if they show their sadness, the whole family will fall apart and therefore neglect their emotions till it gets too much,” Dr Kapoor added. This might be the reason that substance abuse and suicide rates are higher among men as compared to women.

Symptoms Of Depression Among Men Although the clinical syndromes for depression are the same in men and women, their reactions are often different. Women are more expressive. They speak more about feeling sad, communicate about how they are feeling, and even cry often. However, this isn’t the case with men, who generally react with irritability, anxiety, and physical symptoms. This is because they “see sadness as a womanly emotion and don’t acknowledge their symptoms,” said Dr Kapoor. The common depression symptoms among men and women include:

The clinical symptoms of depression in general include:

Also read: Want To Know Your Risk of Depression? Watch Your Body Clock

Causes For Depression In Men & Women 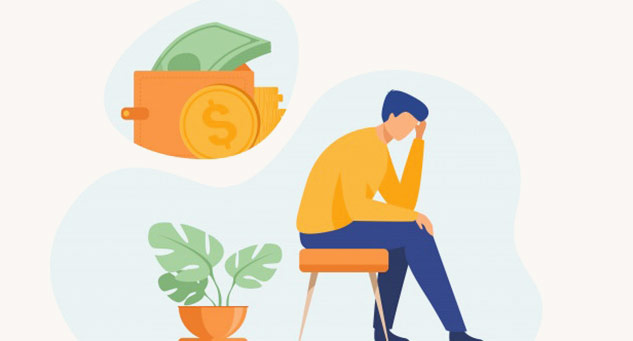 The causes for depression are the same in men and women, however, the social circumstances are different. For women, major stressors are associated with household issues, relationships, and/loss of loved ones, Dr Kapoor explained. For men, these stressors are mostly linked to financial or work-related issues. Other than these, the genetic and biological vulnerabilities are similar for both men and women.

If you have a persistent and pervasive feeling of sadness, and if you think it’s a sign of depression, here are some tips, by Dr Kapoor, that might help:

How Can Men Open Up About Depression?

“The younger men are more comfortable about their feelings and emotions and are, more than ever, willing to explore these issues,” said Dr Kapoor. “Start by listening, many people in our social circles may be talking about their moods and feelings. Once one starts paying attention, conversations open up where one feels comfortable talking about themselves as well,” she added.

Also read: Are You Depressed? These Activities Can Help You Come Out Of Depression

Friends and family should also play a role. But firstly, they need to understand that depression is a medical condition, which needs to be properly diagnosed and treated. “Many family members also ignore the behavioural signs of the patient,” Dr Kapoor said, adding that they either think that it’s the person’s fault that he/she is sad or that things will get better on their own.” When you do this, you let the condition get severe, and in some cases to a point where the person ends up doing something rash or risky like a suicide attempt or addiction. Instead, what you should do is talk to the person. Let them know it’s not their fault or weakness, and that you are there to help.

Reactive Arthritis: Know About Symptoms And Causes For This Type Of Arthritis