To mark lung cancer awareness month, we talked to an expert about the importance of screening and early detection of lung cancer, especially in India.

Lung cancer is one the most common cancers in India, accounting for many cancer-related deaths. The most common and alarming symptoms of lung cancer include chronic cough, loss of appetite, difficulty in breathing, fatigue, sudden weight loss, chest pain and haemoptysis (coughing up blood). Globally, according to Globacan data, 21 lakh people have been afflicted with lung cancer making a contribution of (11.6% of all cancers) and 18 lakh deaths (comprising 18.4% of all cancer-related deaths).

According to the recent reports of Globacan India 2020, of the total 13.24 lakh cases, 72510 of them were detected with lung cancer, with a mortality rate of 7.8%, alone in that year. In comparison to the western countries, the average age of Indians being diagnosed with lung cancer is 58 years, which is 10 years less than them. November is marked as Lung Cancer Awareness Month. To know OnlyMyHealth editorial team talked to Dr. Rashi Agrawal – Principal Consultant, Radiation Oncology, Max Institute of Cancer Care, Vaishali.

There is an alarming rise of lung cancer cases in India, mostly due to poor diagnosis and overlapping symptoms with Tuberculosis (TB). Despite the fact that the global mortality rate pertaining to lung cancers have recently seen a declining trend, yet the prevalence among the Indian population is still on the rise. It is estimated that lung cancer is the second most common cancers diagnosed among the Indian males. As per the survey done by Indian Council of Medical Research (ICMR) cancer registry, the number of cases are expected to take a quantum leap to over 80,000 cases per year among the males and over 30,000 among females by 2025. 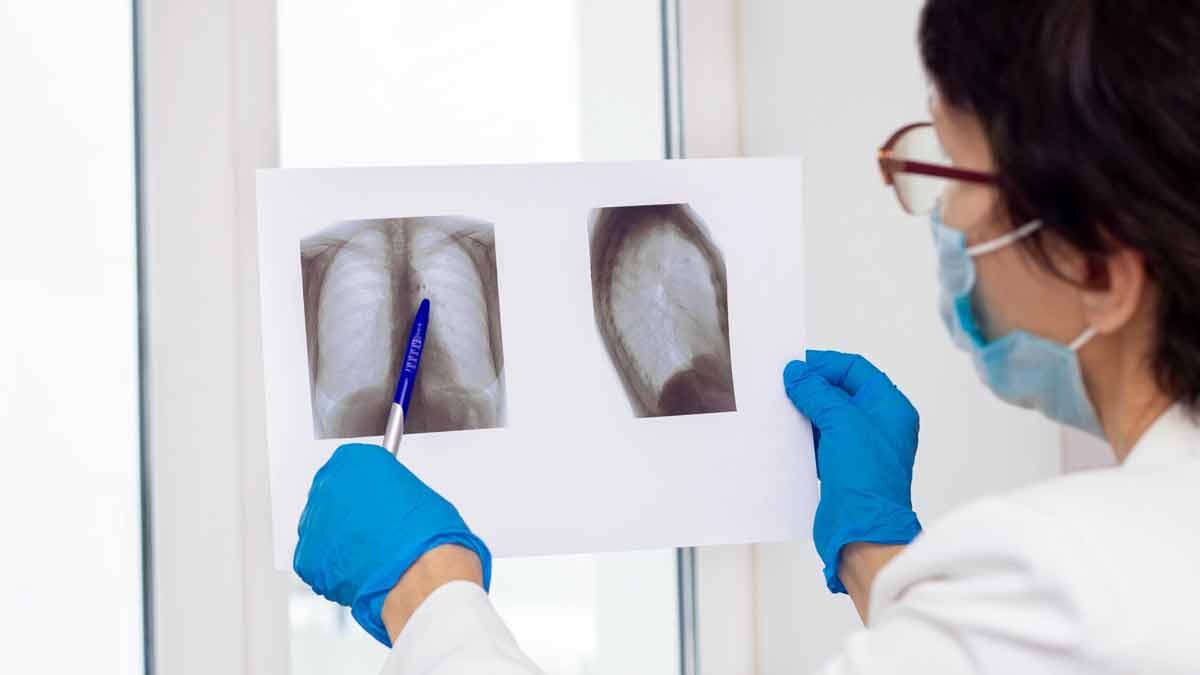 India is the third largest producer of tobacco (both chewable and smoking) in the world and also the second largest consumer. It is estimated that 90% of the lung cancer cases are attributed to tobacco smoke caused by cigarette smoking, and many are also affected by second hand smoke (who have never smoked in their lifetime).

The chances for passive smokers to develop lung cancer is atleast 30% higher than other peers. While talking about non-smokers, people who work with asbestos (such as in mines, mills, textile plants, places where insulation is used, and shipyards) are several times more likely to die of lung cancer. Thus, factors like exposure to radon, passive smoke, air pollution, workplace exposure to asbestos, diesel exhaust or certain other chemicals are accountable for causing lung cancer among the non-smoking population.

Low-dose computed tomography (LDCT) of the chest is an established strategy/ gold standard for the screening of lung cancer. However with such a pile on burden of the deadly disease there are no formal screening programs in India as of now. Some of the major concerns for preventing the large-scale implementation of LDCT screening in India includes high false positive rates of TB, costing, logistic constraints among many others. In countries like the US, the preventive Service task force recommends to undergo annual LDCT screening for those with a history of smoking atleast a packet daily for 20 years or more, or those who are smokers or quit smoking within the last 15 years, and for those who are in the age bracket of 50 to 80 years of age.

It is unfortunate that in India, lung cancer continues to be diagnosed at an advanced stage in comparison to the western world atleast 40-50% of the cases are diagnosed at a relatively early stage making it potentially operable. In India, less than 3% of the lung cancer patients underwent surgery, which is probable evidence for poor survival. Pertaining to the fact that the symptoms and radiology of lung cancer overlap with that of pulmonary tuberculosis, there is a considerable delay of atleast 3-4 months before the prompt treatment is initiated.