Link Between Obesity and Mental Health in Children

How often do we see kids playing outdoors? Irrespective of the variety of sports options available for kids to indulge in, one can see a sizeable increase in the rounder population across the world. There may be many factors to this, including increased consumption of high calorie processed food and a shift towards a sedentary lifestyle. An unhealthy lifestyle during the growing years of a child can lead to several complications. Obesity is one of the significant issues faced in today’s time. As we say that one thing leads to another, an obese child is often subjected to stressful situations in public.

Also read: Childhood Obesity: Causes and Ways to Prevent it

Subject to the situations handled by kids due to their physical appearance, itcertainly affects the mental health of the child. Research has shown that while there is no clear connection between obesity and depression, it brings with it the implications of psychological distress caused by weight-related stigma and discrimination. 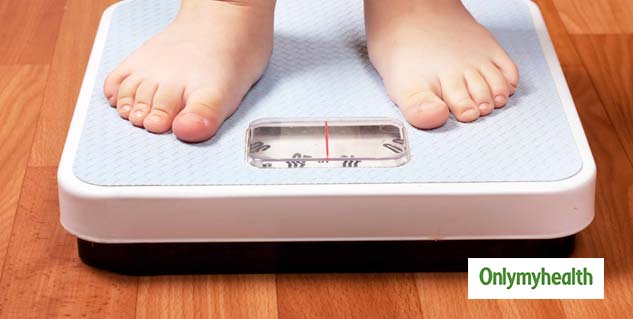 There are several ailments and health problems that come with obesity in children. First and foremost, being overweight quadruples the risk of type 2 diabetes in kids. Also, erratic sleeping patterns, constant tiredness and reduced energy levels add to the woes.

Not just in adults, but obesity also triggers several psychological disorders in children, including depression, eating disorders, distorted body image, and low self-esteem. If you see your child resorting to food for comfort, immediately take active steps to address your child’s cause of worry. It is best to take your child to a psychologist or a paediatrician for further investigation.

It is observed that increased medical problems and mobility restrictions associated with obesity have a direct impact on the psychological well-being. It is common to see obese kids often sitting as an extra player in a team due to his/her inability to perform necessary physical activities like running, jumping, flexing, etc. Limitations like these lead to thoughts of uselessness, resentment and sadness in kids, which in turn affects their mental health.

In today’s time, when fitness and well-being go hand-in-hand, it is essential for us to guide the younger generation to cope up with issues like obesity and various mental health issues. Below are a few simple measures that can be taken by the parents to address the mental health issue:

Ways to prepare Your Kids for Flu Season