A new study found that the leaves of sweet potato can provide a good amount of vitamin B6 and other essential vitamins to the body.

Sweet potatoes in particular are wonderfully healthful but did you know sweet potatoes leaves are no less than a superfood? Yes, while the leaves of sweet potatoes are wildely popular in some parts of the world, most of us did even know that sweet potatoes can have leaves, let alone that they are suitable for eating and tasty. 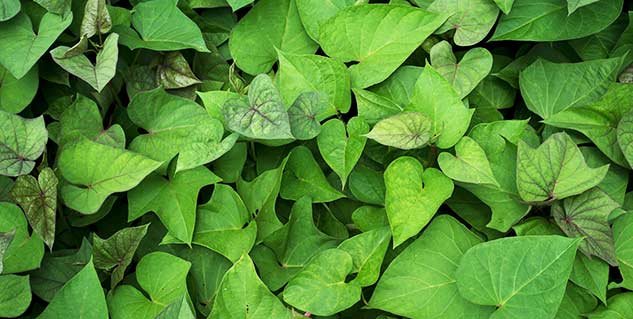 Why you should consume sweet potato leaves

A recent study found that the leaves of sweet potato can provide a good amount of vitamin B6 and other essential vitamins to the body.

Sweet potato is a rich source of ascorbic acid and several B vitamins which are essential for human body.

It was found by Wilmer Barrera and David Picha from Louisiana State University Agricultural Centre that both mature and young leaves of sweet potato can provide great amounts of vitamin B6 and other essential vitamins.

The researchers said "The objective of the study was to determine the ascorbic acid, thiamin, riboflavin, and vitamin B6 content in a wide range of edible tissues of 'Beauregard' and 'LA 07-146' sweet potatoes".

The scientists noted that "these results confirm previous studies that sweet potato foliar tissues are a good source of ascorbic acid, and that young leaves have the highest foliar AA content".

In the experiments, no presence of thiamin in foliar tissues was found. This was a finding which according to the researchers makes this study different from previous ones.