Cystic Fibrosis can cause severe complication if occurred with COVID infection. Children are more at higher risk of respiratory failure, know how.

Corona Virus has jeopardised the situation and living conditions of people around the world.  It is very heart-breaking as ample numbers of people are not in stable condition because of disturbing figures and news from all over. One of the most disheartening parts of it all is how children unknowingly have become a part of this disaster during this pandemic. Those innocent souls are not even aware of what is going around them and all they care about their favourite TV shows. Second mutant corona virus has affected children adversely alng with other disease which comes with it. Cystic Fibrosis is one such disease which occurs hereditary and has shown relation with COVID. Cystic fibrosis is a lung disease which can therefore be threatening in these pandemic times.

Cystic Fibrosis is a hereditary disease which affects lungs of the person and his digestive system badly. This disease results in production of thick mucus that creates an obstruction in the lungs and pancreas. People suffering from cystic fibrosis tend to have shorter life-span due to bas condition of lungs which causes them permanent lung damage at an early age. Cystic fibrosis occurs due to defective gene from the parents and it is can affect both the parents and the child. Children suffering from this disease often end their lives around 40 years of age due to severe lung infections. 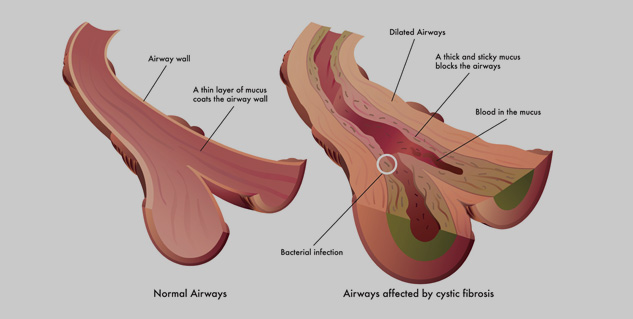 How Does COVID-19 Affect Cystic Fibrosis?

Dr. Atharv Shukla (MD. Pulmonology) from Cartula Healthcare Hospital, Bangalore explains the effect of COVID on Cystic Fibrosis. The link between cystic fibrosis and corona is just because of lung infection. People suffering from CF (Cystic Fibrosis) have infection in their lungs due to which thick sticky mucus is formed in their lungs. This causes mild symptoms which are co-related to COVID-19. Those who have cystic fibrosis and are then affected by COVID have a greater chance of lung damage due to infection.

Fortunately there haven’t been many cases which reveal the severity of it during COVID but it still exists. Out of all the cases which have been registered of cystic fibrosis most of them have been children. Because it is a hereditary disease children of younger age become more vulnerable to corona virus and their rate of mortality rises. Most patients suffering from cystic fibrosis die due to respiratory failure. But the condition can be managed at their home if proper oxygen and equipments are made available at the right time.

Also Read- It Is Important To Get Flu Shots To Kids Amid The Pandemic, Paediatrician Explains Why 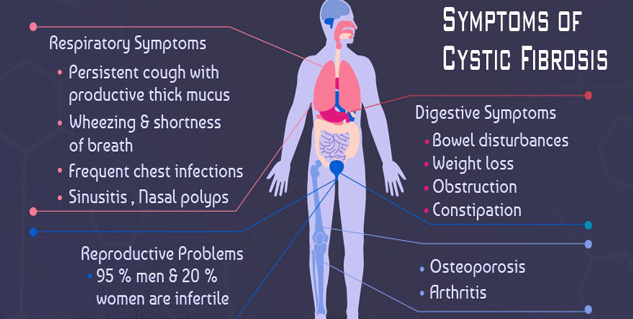 Complications Due To Cystic Fibrosis

Cystic Fibrosis not only increases the severity of COVID but also it can lead to infections such bronchitis and pneumonia. These conditions occur due to growth of pathogens. Obstruction in the pancreas also leads to malnutrition and poor growth of the person. The person suffering from cystic fibrosis is also linked to increased risk of diabetes and osteoporosis.

Also Read- Third Wave of COVID Is Dangerous For Children: Advisory By Doctor To Prevent Rising Infection In Kids

How To Prevent COVID-19 From People Suffering Cystic Fibrosis?

It is one of the effective ways to get rid or say improve the condition of patients suffering from cystic fibrosis. It is essential for people suffering from this lung disease to get rid of the mucus from their lungs which will also aid in reducing the chances of severe COVID infection. It also allows clear breathing and minimizes lung infections.

Airway Clearance Techniques are a way of postural drainage and percussions. The patient lies of sits in a position which can ease release of mucus. Then the doctor or therapist claps on the patient’s chest and back so that the mucus is released and taken out. There is medication available for this therapy which is effective in clearing out the airway in the lungs. The medicine can be given by aerosol or as metered dose inhaler. It helps in thinning the mucus, kills bacteria and improves the airway for lungs to function properly.

Cystic Fibrosis is indirectly connected to corona virus as it is a hereditary lung disease which can cause respiratory failure. Cystic fibrosis forms mucus in the airway of the lungs which causes difficulty in breathing and shortness of breath. People suffering from this lung disease often have less life than normal people as their infection keeps on increasing causing permanent lung damage and respiratory failure. Cases of children have been reported more than adults in which COVID has affected the lives of the children and has increase their mortality rate. There is no specific treatment of cystic fibrosis but there are some therapies which can prolong your lungs to function effectively.

Third Wave of COVID Is Dangerous For Children: Advisory By Doctor To Prevent Rising Infection In Kids