Know how running can give you a healthier and better life

Running is an important exercise that not only helps burn calories but also keeps the heart rate intact, thereby ensuring that the person exercising regularly keeps fit and healthy.

Running probably is the oldest and the most natural way to beat those ever-accumulating calories. This is one sport which doesn’t require any expensive equipment, apart from a pair of good shoes and an iron will to out-beat yourself every time. 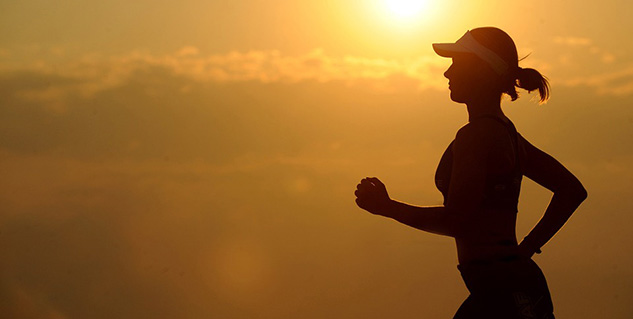 No real training is required and the stamina builds up as you go along. Nothing can compare with the high of over-running your previous limit and getting that adrenalin rush. You are not being watched by anyone and the thrill is in being in competition with yourself. Even the track doesn’t have to be especially designed, any road which captures your fancy can be your route. You are in the lap of nature, exercising the way a human was meant to. You get to experience the changes in the weather and nothing in an artificial gym set-up can ever compare to that. The feel of wind on the face and the coolness of drying sweat are the feelings runners swear by. If you happen to be residing in the country-side, there is no better way to fight the battle of the bulge and enjoy doing it so every morning! The chirping of the birds, the rustle of the leaves and the ‘feel’ of the early morning add to the experience manyfolds.

An early morning run is the best way to kick-start your day and be ready to take on the world. If the early morning rush or heat doesn’t permit that, a late evening one is also a good option. Actually, any suitable time, depending on the weather can be adhered to. All it requires is a firm discipline to stick to the routine. Another must is altering the pattern of running – from jogging to sprinting to running so that the body doesn’t adapt to one particular style and is shocked into burning calories. Not just that, running has been proven to bolsters your cartilages by helping to increase the oxygen flow. It also strengthens the ligaments around the joints and is effective in fighting osteoporosis. Running also is recommended for battling diabetes and hypertension as well as for boosting the immune system.

Apart from the obvious physical benefits of running, there are myriad mental benefits that accrue from flying those miles. The ‘runner’s high’ or the release of endomorphins creates a sense of immense happiness. Runners actually have a better self-esteem and higher levels of confidence than most other people. With a more toned and fit body comes a more positive attitude as well. One doesn’t need to form a team to be able to pursue this form of exercise. It is an individual sport and the ‘me’ time gained can be used to delve on nagging issues. Joggers and runners find this time to be a good one to solve troubling concerns as the general feeling of bliss aids positive decision-making.

So it’s time to put on your joggers to get a high-intensity exercise along with a date with Mother Nature. The bonus benefits which ensue are just God’s way of letting you know that you are on the right track.