Depression is quite common in women who are pregnant due to the changes in their body. But taking anti-depressant pills can harm the baby, know how.

Bringing new life to this world is one of the most beautiful experiences in life. However day to day schedules result in making life hectic and that can give stress to expecting mothers. The nine month process during which mother keeps the baby in her womb is one of the most difficult times for that women and she goes through many tough situations and changes inside and outside her body. Mood swings, stress, anxiety, pain, headache and many such problems can bring down the moral of the women and push her into depression if not taken care off well. Anti-depressants are given for that purpose but some antidepressants can also have negative impact on the baby.

Role of Anti-depressants in Pregnancy

Stage of pregnancy is one of the most sensitive stages in women’s life hence any medicine which is taken needs to be talked about with the doctor. We consulted Dr. Bindiya Khera for her expert opinion on role of antidepressant tablets for pregnant ladies. She is a gynaecologist and works for City Hospital, Lucknow.  She told that majority of women go through some kind of depression while they are in their stage of pregnancy. This is because of the stress and mood swings which constantly keep on happening. Pain, mood swings and lack of support sometimes adds up and cause depression to them. 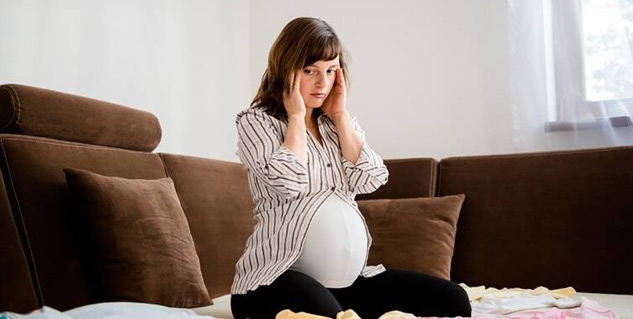 Anti-depressant tablets are one way of controlling depression but they can also have certain side effect on both the mother and her baby. She personally does not recommend taking anti-depressant pills to ladies until and unless there is not better choice. These pills can harm the baby, resulting in premature birth, low birth weight, decreased fetal growth etc. Unstable depression during pregnancy also results in difficulty while bonding with the baby. Hence she recommends the best way is support of her family and pampering the mother-to-be in her difficult times.

Can Anti-Depressants Be Considered During Pregnancy?

Tablets for anti-depression can be a choice and at most of the cases it does not affect the baby much if the pill is taken for limited period of time. But the risks are still there. Since it can cause defects in birth most of the doctors do not prescribe anti-depressants especially during sensitive time when chances of complications can be more. However it all also depends on the dose of anti-depressant pills. Some medication is not of high dosage and chances of complications are less. It is best to consult your gynaecologist and take sessions with psychologists to seek help during depressing times.

Also Read-What Is Womb Transplant? How Can It Help To Conceive And What Are The Risks 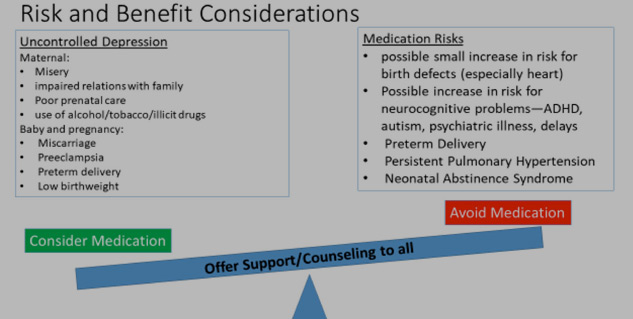 Which Anti-Depressants Are Given During Pregnancy?

Selective Serotonin Reuptake Inhibitors- SSRI’s are considered one of the safer options as anti-depressants during pregnancy. However these anti-depressants also have some side-effects. Complication can include maternal weight gain changes and can result to premature birth. However many studies show that having chances of birth defects after taking this anti-depressant pill is very less but it is associated with fatal heart defect due to which it is discouraged.

Serotonin and norepinepherine reuptake inhibitors- These are also considered one of the safer anti-depressants than rest of which is available in market. They include duloxetine and venlafaxine which is also known as Effexor XR.

Bupropoin- This medication of anti-depression is not considered the first line of treatment because it can lead to miscarriage or heart defects. Hence it is only given to patients who are not responding to any other medication and can only be treated by this.

Tricyclic Antidepressants- This medication is considered high dosage and is great for killing depression but on the other hand it can lead to various health diseases for both baby and her mother. Tricyclic anti-depressants include heart defects and can also cause major birth defects. Therefore this is only considered when no other medication works. The medicine used in this is tricyclic antidepressant clomipramine. 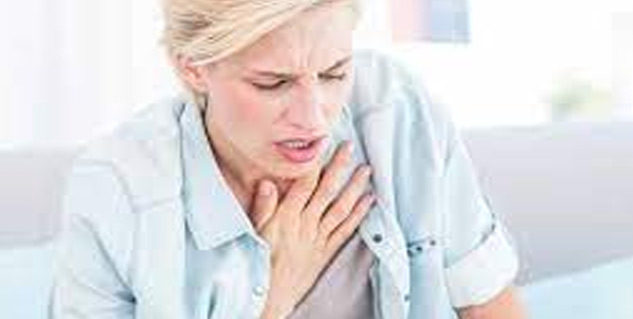 Risk factors are considerably higher in the last few months of pregnancy. The last trimester of pregnancy is very crucial stage hence taking anti-depressants at that time may lead to following problems-

This may go up to one month after the birth of the baby as well. It also increases the risk of relapse postpartum.  The connection between pregnancy and autism in offspring is not very clear and is not proven but there might be increased chances of autism due to anti-depressant pills.

Also Read-Do You Know The Dangers of Using Sanitary Pads?

Pregnancy is a very complex stage where a woman undergoes many health issues and mood swings. This together result in depression if there is no satisfactory support from the family. Most of the anti-depressing pills have some or the other side effect and chances of baby getting affected by the pills is quite high. However most of the doctors do not recommend taking anti-depressing pills especially in later stages of pregnancy, some pills are comparatively less harmful which can be given in condition of severe depression. But it is recommended to consult your doctor and psychologist both before taking anti-depression pills in pregnancy.

What Is Womb Transplant? How Can It Help To Conceive And What Are The Risks