Is the Polio Scare Really Gone?

Is the Polio Scare Really Gone? - Doubts over polio's eradication from India. The pulse polio programme is all set to continue, especially in sensitive states such as UP and Bihar. 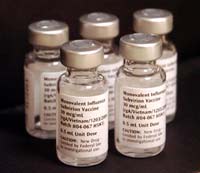 Although even a single case of Polio has not been reported in the state of Uttar Pradesh in the past year, the government has decided to continue with the pulse polio vaccinations for the next three years. The reason might be to ensure that the disease is eradicated, but a case similar to polio in a place near Kolkata can deliver a blow to India’s chances of being called Polio free by the World Health Organisation (WHO).

A 17-month old baby girl has been showing all the symptoms of Polio despite taking all the doses in the immunisation programme. Doctors monitoring the condition of the infant have said that it will take a month to confirm if it is really Polio or not. It has been only a few weeks after India’s name was struck out of the list of polio-endemic countries. Her condition has now been termed acute flaccid paralysis (AFP), a condition that is not uncommon in children.

Meanwhile the pulse polio programme is all set to continue, especially in sensitive states such as UP and Bihar. The core focus would be on these states but WHO’s India expert advisory group also called for a highly sensitive surveillance system that can detect any case of polio in the country quickly. One of the parts of the surveillance would be to look for symptoms of floppiness, weakness or paralysis in any child below the age of 15 years, as that is a case for AFP.

The testing for Polio would aim at ensuring that the symptoms of AFP have been caused by Polio or some other condition. All cases of AFP are not polio cases unless lab test confirms it. WHO officials have said that Bengal is one state in which around 40 cases of AFP are detected every year, but these are not diagnosed as Polio. The similar symptoms naturally make everyone feel that it is a case of Polio.