Exercising In The First Trimester Can Prevent Gestational Diabetes: Study

Pregnant women who want to know how to prevent gestational diabetes must read this article to know the importance of exercise to prevent diabetes.

Pregnancy is a wonderful phase in a woman’s life. The nine months of carrying a baby in the womb and seeing it grow are miraculous. But gestation is not easy. It comes with various hurdles that pregnant women have to cross for healthy pregnancy and delivery. Gestational diabetes is one of them. It is a concerning issue as over 10% of women gets gestational diabetes during pregnancy. But, it is very much preventable by taking the right measures. A study has found that exercising in the first trimester can prevent women from developing gestational diabetes. 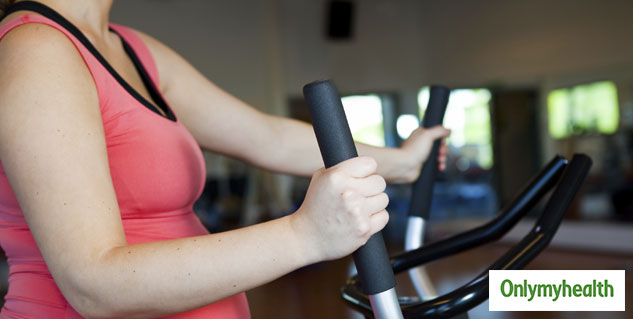 As per the study published in the journal ‘Diabetes Care’, the University of Tennessee in the United States conducted a study on gestational diabetes and its risk. The research team found that pregnant women who are physically active especially in their first trimester are at lesser risk of gestational diabetes. Low or moderate exercising for 40 minutes daily can cut down diabetes risk during pregnancy.

Samantha Ehrlich, assistant professor in the Department of Public Health at the University of Tennessee led this research. She said, “We know that exercise is safe and beneficial for healthy pregnant women. These results show that exercise is helpful in avoiding gestational diabetes, though you might need to do a little bit more than currently recommended to enjoy that benefit.”

How was the study conducted?

An observational study was conducted where pregnant women were asked to record and submit their daily exercise hours. Around 2,200 expecting mothers submitted their responses. It was then found that exercising 38-40 minutes daily reduced the risk of gestational diabetes.

Also Read: Suffering from diabetes during pregnancy? Know how to manage it

“We know that six to 10 women per 100 get gestational diabetes. If being more active could reduce that by two women per 100, that’s a clear benefit,” Samantha Ehrlich said.

Can Menopause Lead To Memory Loss? Know What This Study Has To Say