It is well known that extra virgin olive oil is good for the body – boosting heart health and even lowering the risk of certain kinds of cancer.  But not all olive oils are created equal. Learn how to choose the best olive oil for your health."/>
Onlymyhealth

How to choose the best olive oil for your health

It is well known that extra virgin olive oil is good for the body – boosting heart health and even lowering the risk of certain kinds of cancer.  But not all olive oils are created equal. Learn how to choose

Most of us have heard about the healthful properties in extra virgin (xv) olive oil and not to mention it tastes darn good on a crusty piece of bread. Lately, olive oil has become much more prevalent in other-than-Mediterranean cuisine than it once was. 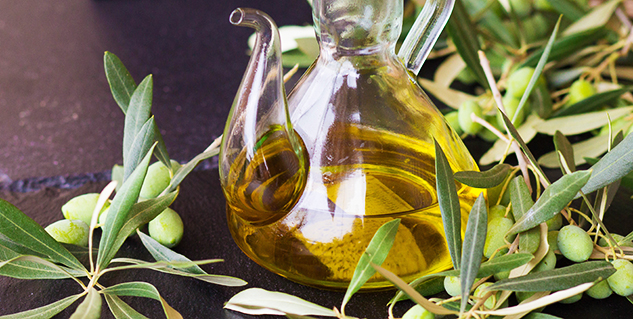 Be aware of the differences in olive oil styles

Do you choose olive oils based on what the label looks like, or which country it comes from? Well, there are many types of olive oils on the market, so how do you go about selecting one suitable for your needs?

Sometimes called EVOO, it comes from the first pressing of the olives, contains no more than 0.8% acidity, and is judged to have a superior taste. There can be no refined oil in extra-virgin olive oil. This is the healthiest, top of the range of olive oils and should be the oil that graces your salads.

The name denotes that this oil has not undergone any refinement; however, it has higher acidity content (1-4%) than extra virgin olive oil so it retains only some of its natural aromas and flavours.

This is the oil stocked in copious amounts on the supermarket shelves. It is usually blended oil, consisting of virgin olive oil blended with lower-quality refined olive oil. It really depends on the brand and the blend as to the quality and the price. This kind is suitable for cooking.

A very refined olive oil, it is namely the residue that remains once the oil is pressed. It is of a very low grade and will be very cheap. It should be used for cleaning products rather than for cooking and consumption.

It’s always a good sign when a label says the olives have been cold pressed. This means no heat was applied during the crushing process, which avoids changes in the olive’s chemistry and avoids defects. The California Olive Oil Council, which evaluates oils for xv status, says the oil must have been extracted mechanically from the olive (the most hygienic method) and without chemicals or heat.

Exposure to light, heat, or oxygen can cause rancidity. Look for extra virgin olive oil in dark green glass or in packaging that shields it from light; avoid plastic containers. Remember to store it in a cool, dark place at home; or wrap the bottle in aluminium foil to shield it from further sunlight.

Many people think green olive oil must be richer in flavour than yellow olive oil. In fact, the colour of the oil indicates nothing–it’s all about the way the oil tastes in your mouth, and light-coloured oils can be high quality, too. The UC-Davis instructors had us sampling oils out of blue glasses so we wouldn’t be influenced by this widespread misconception. In fact, some producers have taken advantage of this myth by adding leaves to the olive crush, which increases chlorophyll and achieves a darker green colour.

“Light” or “diet” extra virgin olive oil doesn’t exist, and you can thank the olive gods for that! A light colour does not mean the olive oil is lower in calories, and anything that says it’s “light” has almost surely been chemically treated to minimize strong smells and tastes indicative of inferior oil, as well as adjusted for colour and acidity.

Well-made extra virgin olive oil will never be dirt cheap. If an “extra virgin” (or so it says) olive oil is much more affordable than the other ones on the shelf, that’s a red flag. Artisanship takes time and money and high-quality olive oil producers have certain costs to cover before they can even start to make a profit.

If you’ve had olive oil in your pantry for more than a year, chuck it, since that’s about the extent of its shelf life. The best brands will stamp a harvesting date on the bottle, but sometimes it’s the date of bottling–not harvesting–instead. Keep in mind that most harvests are October (in warmer climates) to March (in colder climates).

Olive oil helps lower cholesterol levels. It contains mono unsaturated fat, which can reduce the risk of heart disease, and polyphenols and antioxidants that promote heart health. So go for it and choose wisely.

The fat-burning compound that's been hiding out in your wine