Alzheimer’s disease is a progressive neurological disorder that can be treated with stem cell therapy. Read what doctor has to say.

Everyone loves to sit and reminisce about the ‘good old days!’ Memories bring happiness and when marred by sad events, can have a negative impact on the person. Imagine then, the plight of a person who forgets not only memories and people, but also his/her ability to perform even basic daily activities. Such is the case of individuals suffering from Alzheimer’s disease (AD). Dr. Pradeep Mahajan, Regenerative Medicine Researcher, StemRx Bioscience Solutions Pvt. Ltd., Mumbai explains how stem cell therapy can help in treating Alzheimer’s disease.

How does Alzheimer’s disease progress?

The disease process begins in individuals around the age of 40-50 years, and certain unwanted proteins accumulate in the brain. With time, these protein deposits interfere with the connections in the brain and disrupt transmission of information. Thus, patients tend to forget things initially, and gradually also lose the ability to form links between sensory information and the required actions. Sadly, although there is sufficient knowledge regarding the mechanism of development of AD, what exactly triggers this disease remains unknown. Genetic mutations, obesity, other neurological conditions, trauma, lifestyle habits, and many more could cause AD. Therefore, it is difficult to prevent or even predict who or when a person will acquire AD! 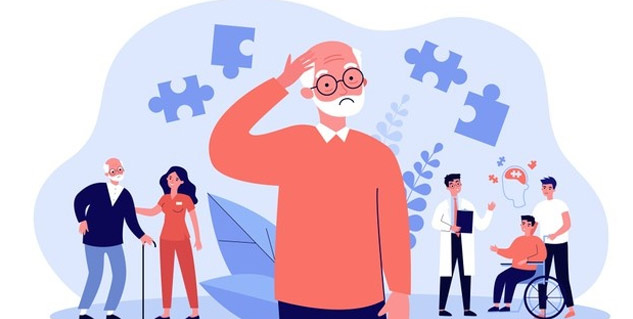 The issue is that there is extremely limited possibility of identifying and treating the disease in early stages, because the patient or the family would not recognize the signs of the disease. Moreover, there are no ‘medicines’ as such to prevent the disease and its progression. Due to this, families helplessly witness deterioration of their loved ones. In several cases, patients get aggressive because they do not ‘recognize’ their own spouse and children OR even forget how to lift food from the plate towards their mouth.

Also Read: Diet Plays A Pivotal Role In Preventing Alzheimer’s, Know What To Add and Avoid

How to treat Alzheimer’s?

The need of the hour is novel therapies that can at least prevent further progression of the condition. This is where molecular chaperones and exosomes come into the picture. Molecular chaperones are like the quality analysts of proteins. Like a monitor in a classroom, they regulate the activity of proteins in the body and are capable of destroying ‘misbehaving’ proteins. In AD, these chaperones prevent the unwanted proteins from clumping together in the brain. Therefore, they can be used to protect patients from further memory and other deficits. The best part, these are naturally occurring molecules in the body, hence the immune system will not consider them foreign, and there are no associated side effects.

Similarly, exosomes, which are little “packets” containing genetic material, proteins, immune system cells, etc., are released by cells and circulate through the body to the target areas. They are also a means of communication between cells (messenger molecules). In AD, exosomes have been shown to clear the nerve fiber tangles and deposits in the brain, as well as reduce inflammation and oxidative stress. Basically, chaperones and exosomes help in cleaning up the unwanted elements and help in regenerating injured tissues in the brain. While reversing AD is not currently possible, advances in diagnostics will definitely help in early identification. In fact, the doctor encourages everyone to undergo annual health check-ups (where necessary even periodic brain imaging), in order to catch the pathology early. When prompt diagnosis is combined with therapy using the above mentioned naturally occurring molecules, in order to ensure that severe AD is prevented.

The goal is to ensure that progression of the condition is halted or at least slowed-down, to prevent cognitive decline. With time, more target-specific diagnostics and therapies will help in reversing AD, as well. For now, through regenerative therapy, the aim is to enable patient’s age gracefully, independently, and cherish the memories they have accumulated in their lifetime.