HIV Vs AIDS: Know The Difference Between HIV And AIDS And Facts To Understand The Condition Better

Those of who think there is no difference in HIV and AIDS then read below to what this expert from Fortis Hospital, Mumbai has to say

There has always been a big confusion between HIV (Human Immunodeficiency Virus) and AIDS (Acquired Immune Deficiency Syndrome), but they are different. However, they go hand-in-hand. To know this difference is important to timely diagnose and understand how HIV and AIDS can be managed. To simplify the same, the HIV virus can lead to AIDS, which is also known as stage 3 HIV. To answer your queries here is Dr Anita Mathew - Senior Consultant, Physician & Infectious Disease Specialist, Fortis Hospital, Mulund to help us all understand the difference between HIV and AIDS.

Is HIV Or AIDS Still Considered Fatal? The solution to this is now positive, as in the past if anyone was detected with HIV or AIDS, it was considered fatal. However, all thanks to the research and development of new treatment options, people with HIV at any stage can live for a long time. An HIV-positive person who follows regular anti-retroviral treatment can live a near-normal life. 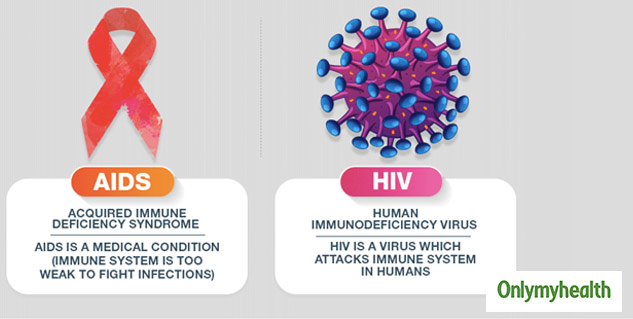 HIV is a virus that directly attacks the immune system, and the term HIV is known as the Human Immunodeficiency Virus. Only human beings can contract this virus due to which the body displays certain glitches in its performance as compared to a healthy body. Our immune systems can clear out many viruses in our bodies; however, the case is different with HIV. Medicines can control HIV successfully by interjecting its viral life cycle.

On the other hand, AIDS can happen to those who have HIV. Those who are at stage 3 HIV are mostly diagnosed with AIDS, which means a lot of damage to the immune system. It is a complex issue with symptoms that differ from person to person. The stage 3 symptoms of HIV means a damaged immune system. In certain cases of Cancer, patients become more likely as the immune system does not perform as effectively as it should.

How Is HIV And AIDS Diagnosed?

Now that we have established the difference between the two terms, how can one diagnose the same? HIV can be diagnosed with a blood or saliva test. However, the diagnosis of AIDS is more complicated. Medical providers look for a few factors to determine if HIV has progressed to stage 3 HIV. Since HIV destroys the immune cells, the medical professional does a count of these cells to diagnose AIDS. When HIV develops into stage 3, the person’s life span reduces significantly. At this stage, it is very difficult to repair the damage done to the immune system. Other conditions like certain Cancers, resulting from severe immune system impairment are common. However, with successful timely treatment and immune system recovery, people with stage 3 HIV live long lives.

Facts About HIV And AIDS

Some essential facts about HIV that you must know are listed below: 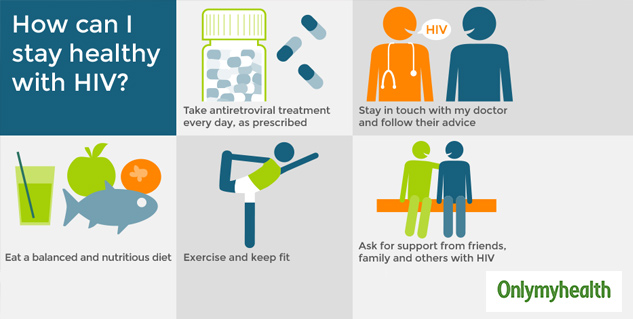 AIDS can only happen if someone has HIV, whereas those who have AIDS are sure to have contracted HIV. Having-said-that, an HIV infection doesn’t necessarily progress to stage 3. Many people with HIV live for years without developing AIDS. All thanks to the new treatment options for HIV infection, people can live with HIV and never have AIDS develop. It’s also important to note that successful anti-retroviral treatment and a sustained undetectable viral load greatly lowers the risk of transmitting the virus to a partner.

What Happens When There is Low Sodium in the Body? Here’s Everything About Hyponatremia