Hemophilia Symptoms: These 3 Conditions Could Be Possible Indicators Of Hemophilia

Blood clotting without any reasons could be an underlying cause of any disease. Read below to understand the basics of hemophilia.

Do you bruise easily? Do you often see blood clots in different parts of your body without any reason? This could be haemophilia, which is a genetic disease. In this rare genetic bleeding disorder, the blood does not clot properly due to the absence of blood-clotting proteins. As a result, the person suffers bleeds profusely even due to minor injuries. Bleeding disorders in women include Von Willebrand Disease and hemophilia - both genetically occurring and due to low levels of the “clotting factor”. As told by President of Health Foundation of India, Dr KK Aggarwal, women are carriers of hemophilia. It is not considered a life-threatening disorder until bleeding occurs in vital organs. However, it can be an incredibly debilitating disorder and sadly, there is no known cure for this disorder. Are you one of those who bleed profusely even because of a minor cut? This could be a possible reason for hemophilia. About one-third of new cases occur due to a new mutation of the gene in the mother or child. In such cases when the mother is a carrier and the father does not have a disorder, then there is a 50 per cent risk of hemophilia in boys, while girls are at a 50 per cent risk of being a carrier. Hence, if you experience such bleeding regularly, do not take it lightly and consult a specialist for further diagnosis. Tightness and Pain in Joints

Genetic disorders are such that for many, it might take years for a diagnosis. Hence, in hemophilia, there could be a possibility that one may experience swelling and pain in the joints.  Joint pain means to stretch, pain, stiffness, etc. in the joint of any part of the body. However, it can be treated with standard home remedies. But, if the problem persists for a long time, then the only option to treat it is to opt for invasive or minimally invasive surgeries.

Have you encountered sudden nose bleeding? Nose bleeding takes place when the blood vessel near the inner layer of the nose explodes. Medical science calls it epistaxis. Nose bleeding is one of the significant symptoms of hemophilia. Apart from hemophilia, cold increases the risk of haemorrhage to a great extent by irritating the nasal lining. Dry chill creates an ideal condition for bleeding in the nasal lining with air. In the case of a cold, do not force the nose with soft tissue, instead gently clean it. 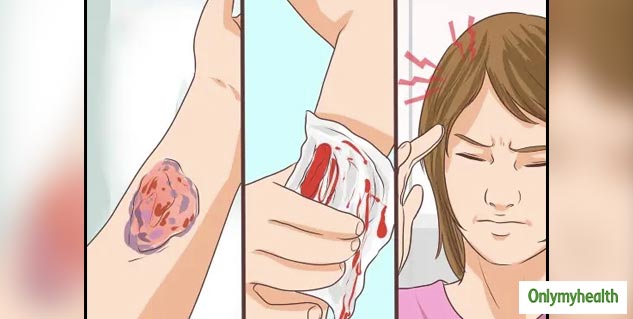 Haemophilia is classified into two types: Haemophilia A and Haemophilia B. In Haemophilia A, the factor-8 becomes very low or zero. Whereas, hemophilia B occurs when factor-9 is low. About 80 per cent of hemophilia patients suffer from hemophilia A. In the case of normal hemophilia, the sufferer has occasional bleeding. In contrast, sudden and continuous bleeding can occur when the condition becomes severe.

What Is Generalized Anxiety Disorder? Know Its Symptoms, Causes and Treatment