Health on the Go:Commute Your Way to Better Health

The long commute to your office daily can take a toll on your physical and mental health. But, there are some ways in which you can make your commute healthier in every sense.

A worker’s got to do what a worker’s got to do to bring home bread. Longer office hours and inflation mean that people spend more time working and getting there than ever before. Studies show a time-consuming commute can have detrimental effects on mental and physical health.

A long commute can give you a pain in the neck (figuratively), meaning it adds stress to your life. The thoughts of responsibilities waiting at home make women more prone to the psychological effects of travelling to work. The reduced time spent on social interaction because of commuting makes people feel isolated and depressed.

However you commute to work, there are many ways to improve it and make it healthy. Let’s get ready to make your daily trek less stressful, more pleasant and fun. 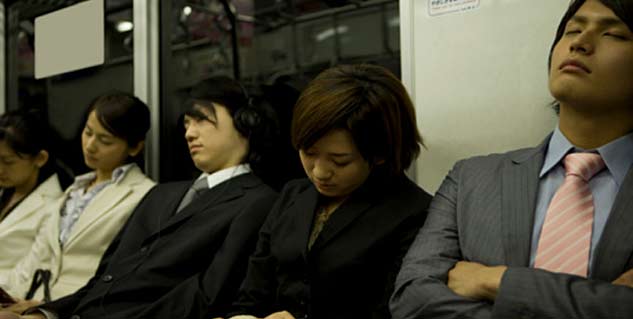 Arriving at the office on a bicycle is an increasingly common method of commute in the West. A study in the Journal of the American College of Cardiology found that men and women who had an active commute were less likely to suffer from heart failure in an 18-year follow up. Moreover, an analysis of bike commutings’ health benefits versus the danger of accidents found that the perks were nine times greater than the drawbacks.

If biking to the office isn’t an option, consider cycling to the train or bus station or carpooling a few miles from home.

Spending tons of time alone in the car is not only boring, but it can also be mentally damaging. Commuting alone can cause feelings of isolation and general unhappiness. To reduce the mental health drawbacks, find a buddy to share the drive or ride. Car pooling also reduces the number of cars on the road, reducing traffic and pollution. That’s another advantage for your health.

Public transport commuters take 30 percent more steps per day than those who drive to work. That’s a great way to be active and healthy. Try meditating there; yes, public transports are noisy, but just plant those feet on the floor, close the eyes and breathe deeply. Focus on breathing and staying mindful of the body to start the day on a calm note. 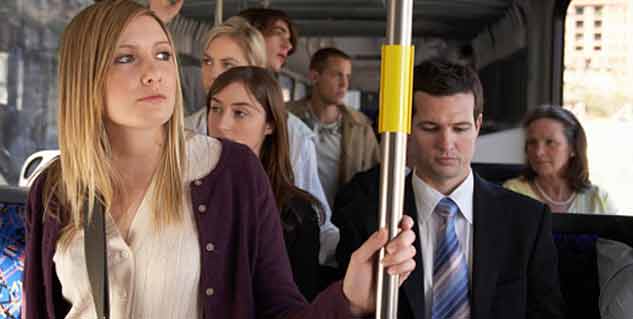 While you are stuck in the unexpected traffic jam or the local train has been delayed, don’t let your day turn sour. To prevent a pre-dinner meltdown, get in the habit of keeping a healthy snack like an apple or a homemade granola bar in hand.

Whatever your favourite genre of music is, listening to it while commuting can be a stress buster before you even factor in the workday’s anxieties. However, a 2012 survey showed that listening to heavy metal or loud rock can actually make drivers more prone to road rage and collisions. Plugging in some classical or other relaxing forms of music makes for a safer and more relaxing trip.

Add Walking to Your Schedule

People with 30 minutes or more commute activity are at a reduced risk of heart failure. Go on foot to the train station instead of getting a lift or park the car in the farthest spot away from the station. Even taking the stairs to the office instead of the elevator makes a difference.

Learn while You Drive

Turn that dreaded hour of traffic jam into an opportunity to learn something new. Download interesting podcasts, lectures or courses to make the car a mobile classroom. You could try mastering a new language. Plugging into an engaging audio book can also help the miles fly by.

To make your commutes healthier, try alternative methods of commute which are certainly easier on the environment and more than often to your wallet too.

When your gestures speaks for you