By increasing your awareness of certain seemingly innocent habits, you can stop consuming unnecessary calories.

To some degree, everyone is guilty of unhealthy mindless eating, which is triggered by hidden cues that persuade us to overeat. By increasing your awareness of certain seemingly innocent triggers, you can become a healthy mindful eater and stop consuming unnecessary calories that add up to unwanted pounds. 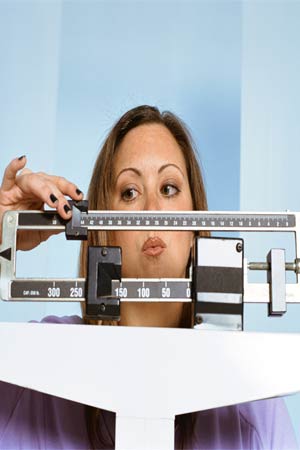 Well, scientists say that simply hanging out with overweight friends or not washing your hands enough can lead to excess pounds. Read on to find out how you may be unwittingly expanding your waistline.

You Wash Your Hands Infrequently

A virus called adenovirus-36 -- which is spread through food, saliva and touching -- may cause obesity by turning stem cells into fat cells. A recent study by Dr. Nikhil Dhurandhar at the Pennington Biomedical Research Centre at Louisiana State University in Baton Rouge found that rats injected with the virus gained significantly more weight than their uninfected pals despite similar food intake.
Since we don't have a vaccine to prevent the virus, good hygiene practices, like washing your hands, might be a good idea to avoid it.

Your Friends are Fat

If your friends have gained weight, you have a greater chance of packing on the pounds too; so consider catching up at the gym instead of over a plate of nachos. A recent study by Harvard Medical School in Boston, conducted on more than 12,000 people over 32 years, concluded that having an overweight friend, sibling or spouse increased one's risk of obesity by 37 to 57 percent.

You Don’t Dress According to the Weather

To maintain our core temperature (about 37°C), we tend to drink more liquids in summer and eat heavier foods in winter, explains Brian Wansink in his book Mindless Eating: Why We Eat More Than We Think. Research by the University of Massachusetts Medical School in Worcester discovered that people ate 86 more calories each day in fall than in spring, with body weight peaking in winter. According to Wansink, dressing warmly when the thermostat dips may help avoid physiological cues to overeat.

You Eat When You are Emotional

A study from the University of Alabama found that emotional eaters—those who admitted eating in response to emotional stress—were 13 times more likely to be overweight or obese. If you feel the urge to eat in response to stress, try chewing a piece of gum, chugging a glass of water, or taking a walk around the block. Create an automatic response that doesn't involve food and you'll prevent yourself from overloading on calories.

You are Fond of Fruity Beverages

Most restaurants and bars have ditched their fresh-fruit recipes in favor of viscous syrups made mostly from high fructose corn syrup and thickening agents. As a general rule, the more garnishes a drink has hanging from its rim, the worse it is for your waistline.

You Don’t Use the Scale

We mean the weighing scale! University of Minnesota researchers observed dieters who weighed themselves daily, and discovered that the routine of stepping on a scale helped those people lose twice as much weight as those who weighed themselves less frequently. Avoid being thrown off by natural fluctuations in body weight by stepping onto the scale at the same time every day. Now you know you ought to look at your body weight to reinforce weight-loss goals.

The American Journal of Clinical Nutrition found that people who took large bites of food consumed 52 percent more calories in one sitting than those who took small bites and chewed longer. By cutting food into smaller pieces, you can increase satiety and enjoy your food more thoroughly. A good general rule- the smaller your bites, the thinner your waistline.

You Eat off Larger Plates

One study found that when given an option, a whopping 98.6 percent of obese individuals opt for larger plates. Translation: More food, more calories, and more body fat. Keep your portions in check by choosing smaller serving dishes. If need be, you can always go back for seconds.

You Order the Combo

A study in the Journal of Public Policy & Marketing shows that compared to ordering a la carte, you pick up a hundred or more extra calories by opting for the “combo” or “value meal." Why? Because when you order items bundled together, you're likely to buy more food than you want. You're better off ordering your food piecemeal. That way you won't be influenced by pricing schemes designed to hustle a few more cents out of your pocket.

You work out religiously -- or at least when the spirit moves you. You consider trans fats and soda to be pure evil. Yet, you're still struggling to maintain a healthy weight. Well, mind the aforementioned habits.